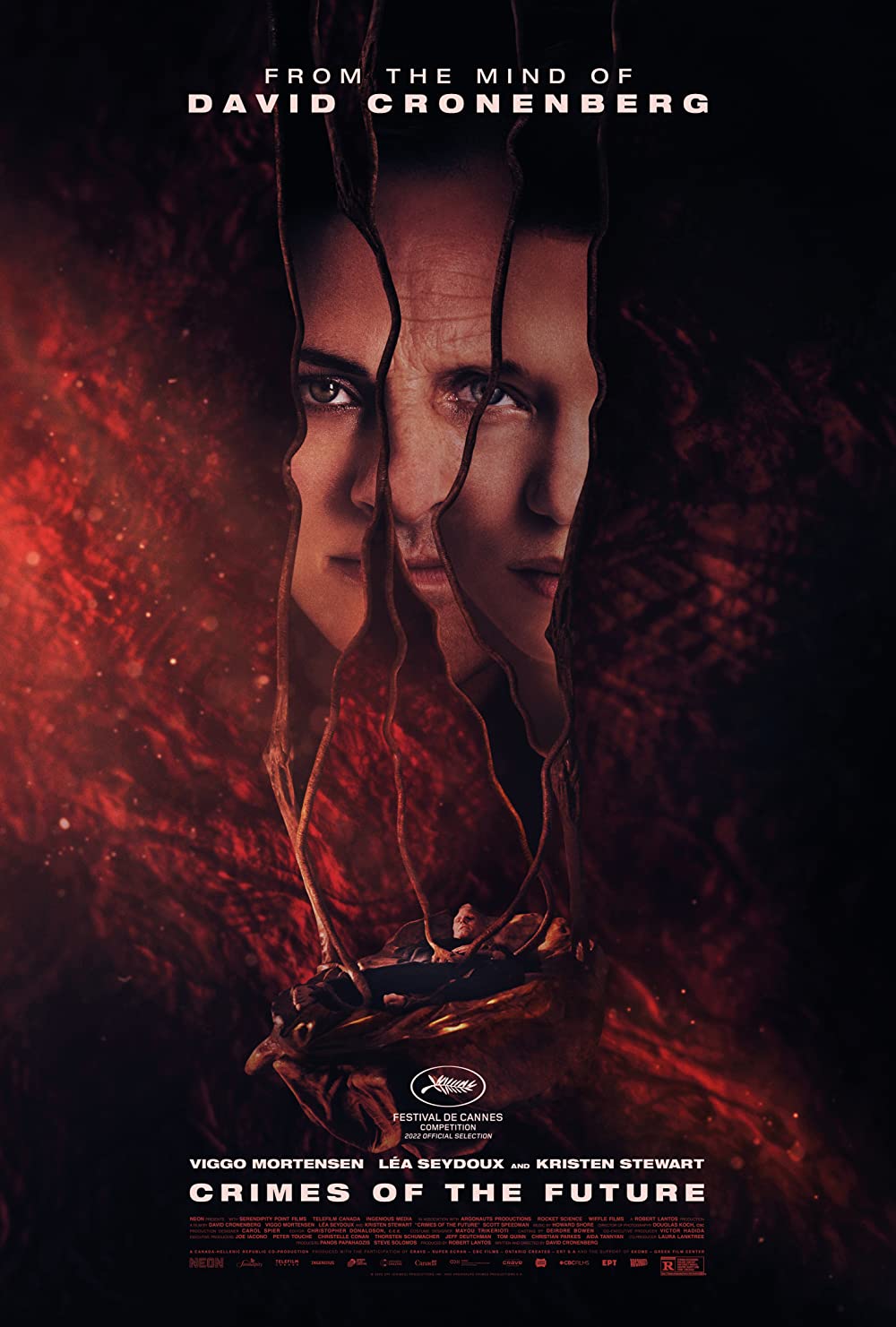 There’s a whole lot of weirdness going on in Crimes of the Future that it feels like a unique and lived-in world.

Crimes of the Future (2022) Review By Mark McPherson 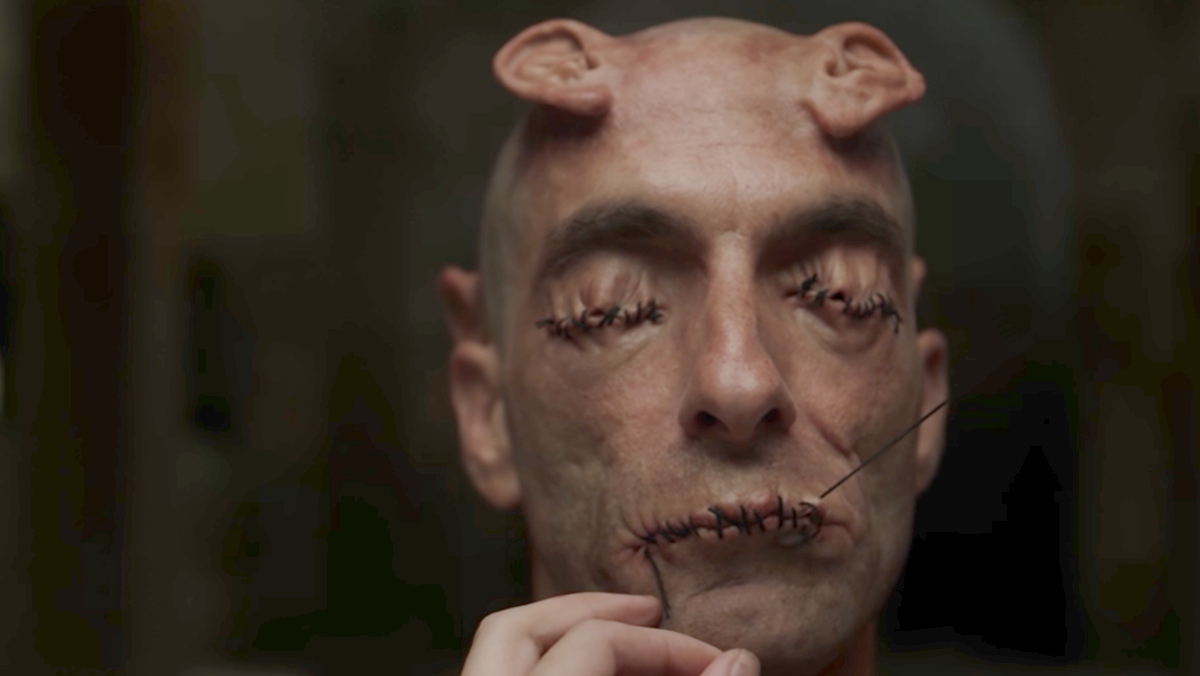 Calling Crimes of the Future a horror film may not quite be accurate. It may also be too simple to describe it as a neo-noir. It has elements of all of these but blends them together in a surreal manner that is as gross as it is fascinating. It may be easier to just describe it as a David Cronenberg movie, highlighting the director’s pitch-perfect penchant for body horror and high-concept sci-fi.

The film takes place in a future where the human body has evolved to a point where pain doesn’t seem present. Pleasure replaces the sensation of how cutting your body would traditionally make you feel pain or even die. As a result, the world has changed in many ways. One of the most radical ways is how mutilation of the body has become an art.

Saul Tenser (Viggo Mortensen) is one of those artists who have unique abnormalities. His body is growing extra organs and he extracts them as part of his art. He is assisted in these filmed and observed surgeries by his assistant Caprice (Léa Seydoux). She not only works with him but lives with him, attending to his needs. He requires a special cradle to sleep in and an unorthodox chair to eat in. In true Cronenberg fashion, these devices are all of the organic and sexual natures, created with a combination of flesh and bone.

Saul and Caprice meet with a new division of the National Organ Registry, seeking to document Saul’s unique abilities that could be the basis for humanity’s evolution, bringing people back to an era of pain. The registry is comprised entirely of the keen investigator Wippet (Don McKellar) and the anxious investigator Timlin (Kristen Stewart). The registry isn’t exactly legal but it may be on its way to becoming something bigger.

Saul also meets Lang (Scott Speedman), a revolutionary who has a unique evolution of his own. He represents a minority of people that have grown the ability to consume toxic plastics. Lang views this as an adaptable next step in mankind getting used to their own decaying world. He aims to make this knowledge known publicly by convincing Saul and Caprice to stage film an autopsy of his dead son. Caprice, however, fears this may be going too far. While they have the tech for such an operation, it is mostly used for performances on Saul. Using it on a dead child feels risky.

Also placing pressure on Saul is the New Vice Squad, hoping that Saul will divulge some information about Lang and his revolutionaries. Detective Cope reveals himself as being a tad jealous of this development, representing humanity’s fears of progress. Saul is reluctant to help but fears he may already be placed as a pawn in a greater scheme. It seems as though nobody is giving him the full story.

Right away, I feel as though I should address how gross this movie is. It is incredibly disgusting, even by the already high standards of gag reflexes established by David Cronenberg. In the same way that his film Videodrome established television as the new flesh, this film embraces torture as the new sex. Dissection of the human body is treated as an act of ecstasy, where the most erotic scene features Mortensen and Sydoux naked in bed as they are sliced open by machines. There’s no question that pain and gore are sexual in this world. What matters more is how humanity progresses to the next stage in our perceptions. Consider there’s a moment where Stewart tries to have sex with Mortensen the old-fashioned way and it’s treated with an awkwardness. Mortensen apologizes for how he acts when she kisses him, responding that he’s not used to the old sex.

There’s a whole lot of weirdness going on in Crimes of the Future that it feels like a unique and lived-in world. There’s a twinge of comedy to its absurdity yet a profoundly powerful statement on the nature of human bodies. There are certainly plenty of allegories one could draw toward abortion, considering how Saul comes to learn that the developments in his body are more of a political concern than a biological one. Can humanity evolve if we constantly try to halt its developments? Cronenberg’s film taps this concerning question and delivers a deliriously surreal experience of organic catharsis for the body.