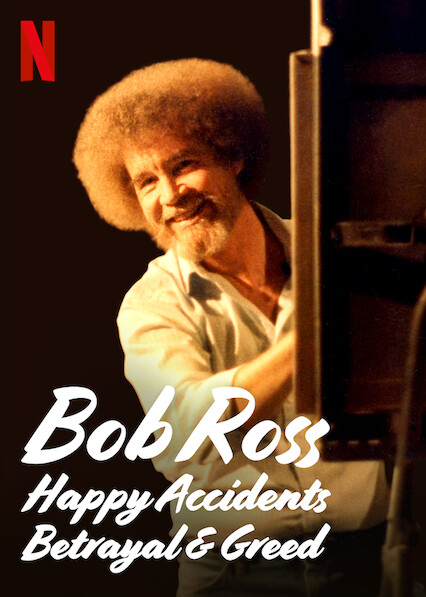 There’s a whole new perspective one gains of Bob Ross from such a film. 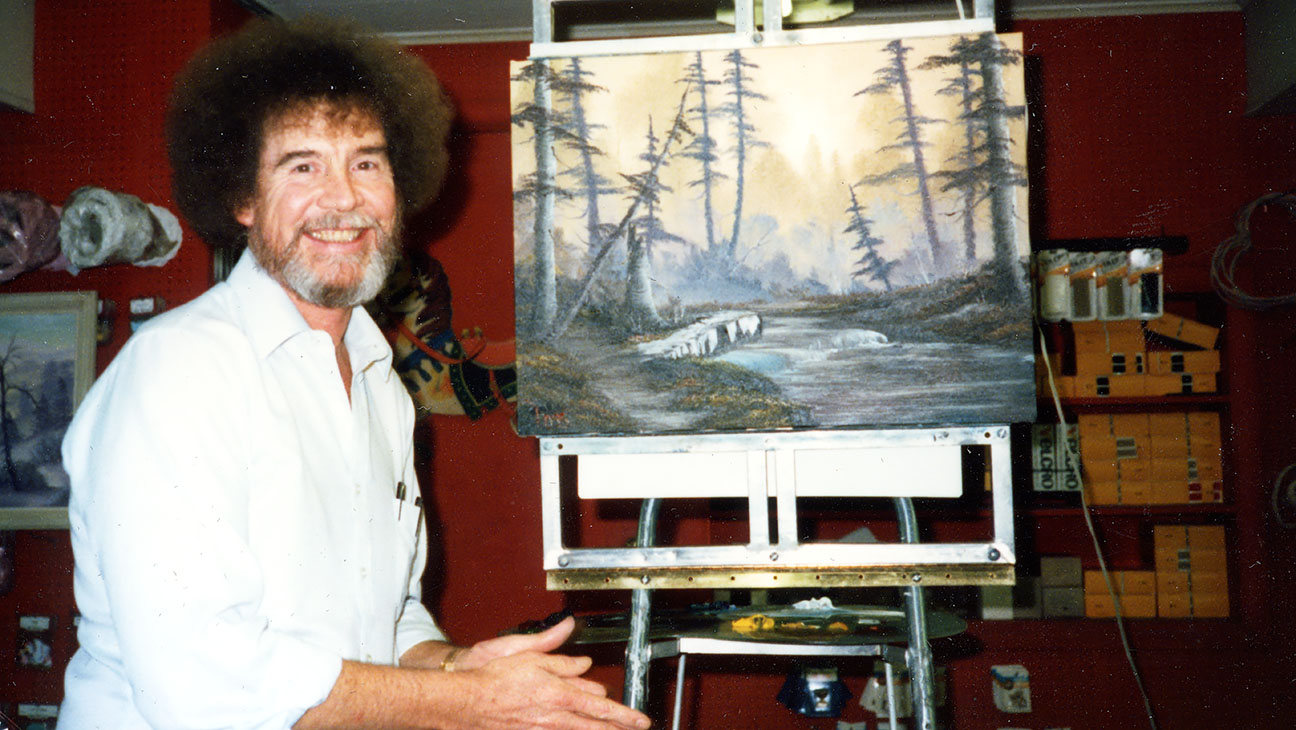 Bob Ross is a name that most people associate with a certain sensation of tranquility. He is perhaps one of the most well-known and revered artists for his iconic PBS program, The Joy of Painting. Every episode would feature him composing a masterful painting in under 30 minutes but guiding the viewer with a sensitive whisper, trying to inspire rather than intimidate. It was a genius series that led to his iconic perm and smile becoming a symbol for inviting art. However, that’s only the Bob everyone knows from television. The Bob behind the scenes was a bit more complicated.

At first, this documentary is posed rather nostalgically. We learn the story of how Bob Ross went from serving in the army to finding himself infatuated with nature and painting. He became inspired to pursue television when he noticed a man on TV painting but noted that the artist was too forceful and loud in his delivery. Bob Ross took the opposite approach. Filming in 1983, he would paint with both graces and care for the audience watching. His major aim with such a program was to make the painting seem easy enough that anybody could compose a beautiful landscape.

Bob’s personal life is divulged of his first failed marriage and the connection with his son who also pursues painting. As the documentary goes on, however, we learn that his life was a little bit messier and not quite all happy accidents. He cheats on his second wife and his son finds himself guilted into being a painter that would take over Bob’s profession when he clearly didn’t want to. His life wasn’t perfect and one might use this as an excuse to never meet your hero, especially since he was as widely recognized and revered as that of Mister Rogers. Yet there’s a sobering aspect to realizing that Ross was not quite the perfect man in his private life as he was on television.

It’s easier to become more sympathetic towards Bob when realizing what followed in the 1990s. Having lost his wife, he threw himself face-first into his work. He would average about three episodes a day and would sometimes churn out even more. Later, Bob would also find himself falling ill when coming down with lymphoma. It was during this period when everything started to fall apart. He’d lost his hair, struggled to connect with his son, and found himself trying to fight off the greedy Kowalskis who wanted to sign over Bob’s entire empire and name to them. These events leading up to Bob’s death are exceptionally hard for his son Steve to convey in rather emotional interviews.

The documentary is presented in a rather contemplative and somber way. We get to witness the inspiration Bob brought out in everyone while not shying away from the darker elements. There’s an honesty and compassion for Bob, especially when watching what happened to his company and image. Even after his death, there was much to tell about the troubling legal battle as the Kowalskis assumed full control. Steve still carries on with painting and teaching but the Kowalskis own all rights to Bob Ross products that carry Bob’s face. Steve has yet to see a dime from such sales of his father’s likeness. In fact, the Kowalskis are so protective of their ownership of Bob Ross Industries that many people close to Bob refused to be interviewed for this film on the grounds that they may be sued by the Kowalskis.

There’s a whole new perspective one gains of Bob Ross from such a film. It makes one look fonder on his past but also think twice about the abundance of merchandise. At the heart of The Joy of Painting was a man who wanted to teach others to paint and welcome newcomers into perfecting their talent. Even the cynical and greedy nature of the Kowalskis can’t take that away from the timeless reruns that are still adored to this day.