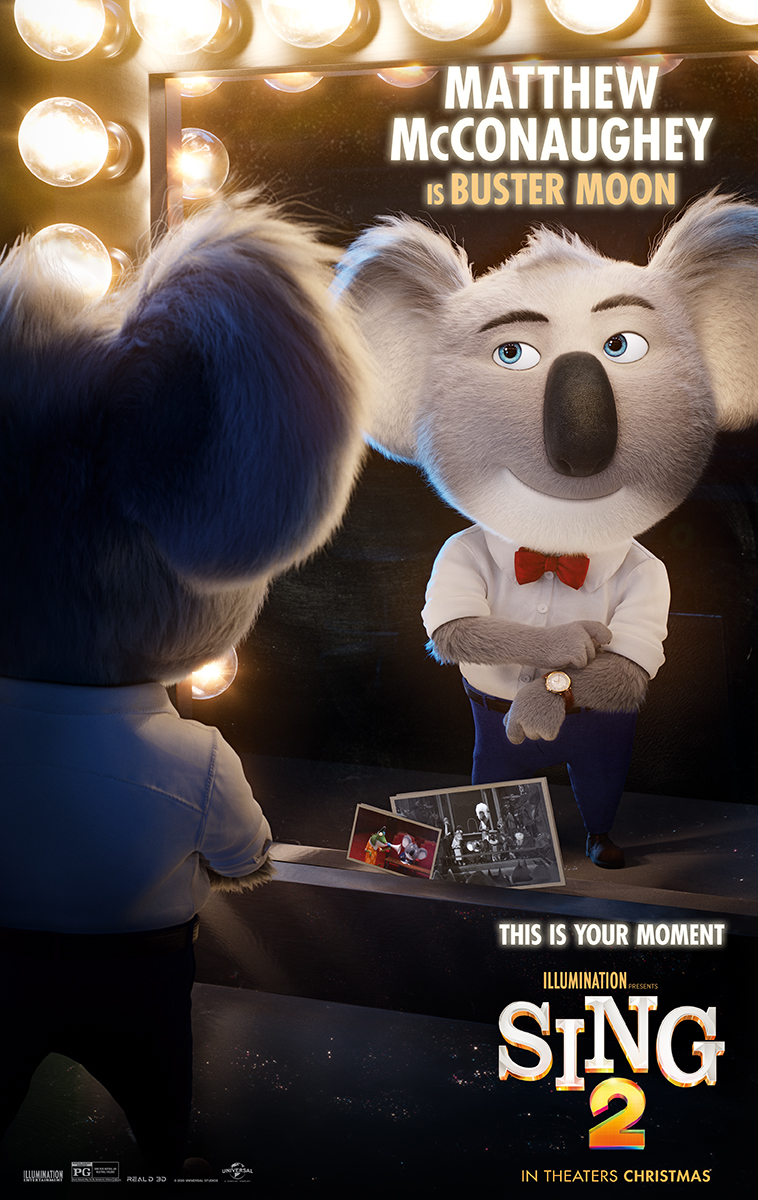 There’s little improvement in Sing 2 to warrant another show. 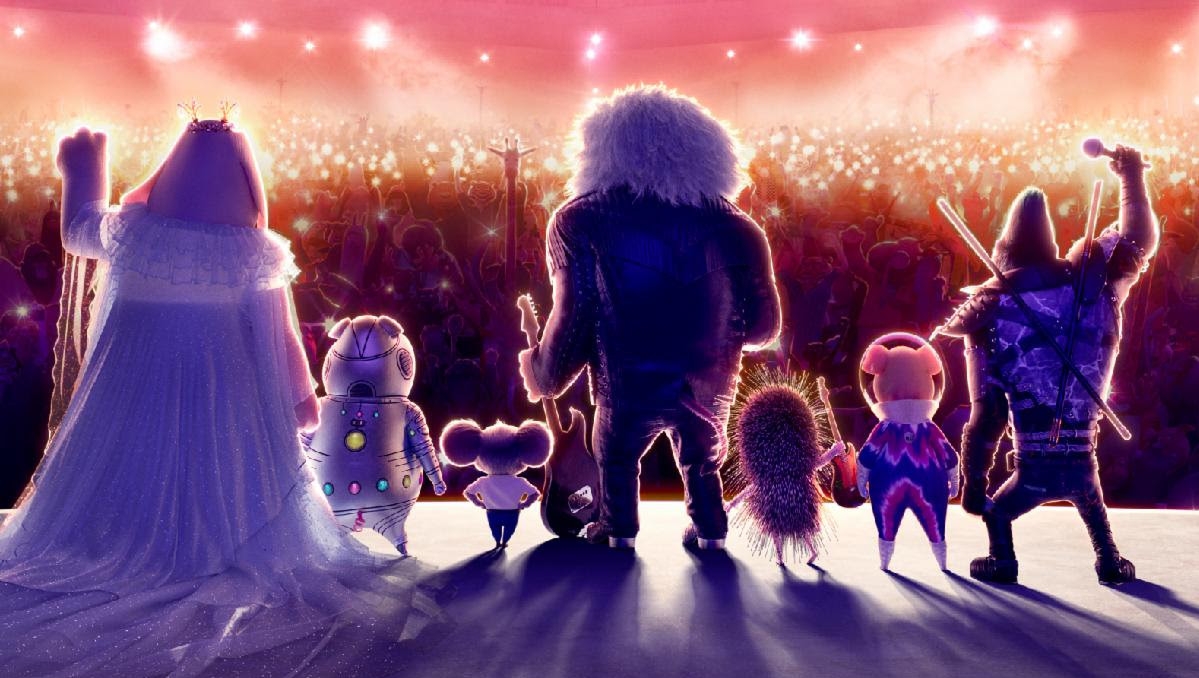 The sequel to Illumination’s Sing is an improvement but not much of one. It was easily the studio’s most lackluster animated movie considering that it did too much and too little as a jukebox musical. The licensed music was so heavy and the character arcs so very low. It was too noisy to comprehend past the lyrics and too busy to appreciate any of the down-on-your-luck struggles of the half-dozen characters. The stakes also seemed far too simple for a movie to save a struggling theater, an all-too-familiar story that is given little subversion.

Sing 2 acts as a bigger and bolder musical which piles on more of the good and bad. We get more musical numbers to an absurd degree, including one sequence where there were at least six licensed songs briefly sung in one minute. The brakes are rarely pumped as just about every scene requires a notable tune from Billie Eilish or Elton John. It’s enough to make one want to change the radio station.

The story is at least slightly more compelling. Buster Moon has his successful theater and troupe but fears his career in entertainment may be a dead-end if he doesn’t go higher. He sets his sights on bringing a show to Redshore City, where he tries to sell a show to the highly critical producer Jimmy Crystal, a wolf with a greedy and cruel nature. Buster manages to sell a sci-fi rock opera to the vicious dog but only with the promise that he can get the tiger musician Clay Calloway (Bono) to appear in the show. Clay Calloway is only off-handedly mentioned and he’s not easy to get considering he wants nothing to do with the entertainment world after the death of his wife.

There’s an interesting aspect to focusing on Clay, but, as with all the characters, there’s very little time to divulge his pathos. Of course, this type of film will make the power of music and sympathy come around to making Clay appear in the show but the movie rarely works towards this crucial moment.

Gumming up the works are the stage-fright struggles of the other actors. Rosita is scared to perform a daring dive and soar of wires. Johnny finds choreography hard to master when dealing with a strict instructor. Meena finds herself uncomfortable with committing to a romantic duet. And then there’s Buster, struggling to keep his show on track, made all the more difficult by the terrible actor Porsha Crystal ruining his show.

Sing 2 is more pleasing visually than it is for anything else. The musical sequences, particularly with the sci-fi rock opera, feel grander and look neat with the abundance of creative visual touches. The character designs are also rather unique, where few characters feel stock or boring to look at. It would be great if you could actually feel something more for them as they once more put on a show. They have some real issues worth resolving but it only feels like we’re getting a quarter of their stories. So much is going on that it feels like the other singers of Ash and Gunter have more to do than they have arcs to expand upon.

There’s little improvement in Sing 2 to warrant another show. Like a lot of Illumination productions, little is developed in another reprisal of their animated films that dwindle in ideas with each entry. Sing now joins their line-up of Despicable Me and The Secret Life of Pets, becoming a slew of bog-standard sequels that are more sought for the marketing than the content. It's a bland, dry, forgettable animated musical that has less to do with faith in yourself to put on a show and acts more like a snapshot of pop music trends. Expect this film to age like milk.