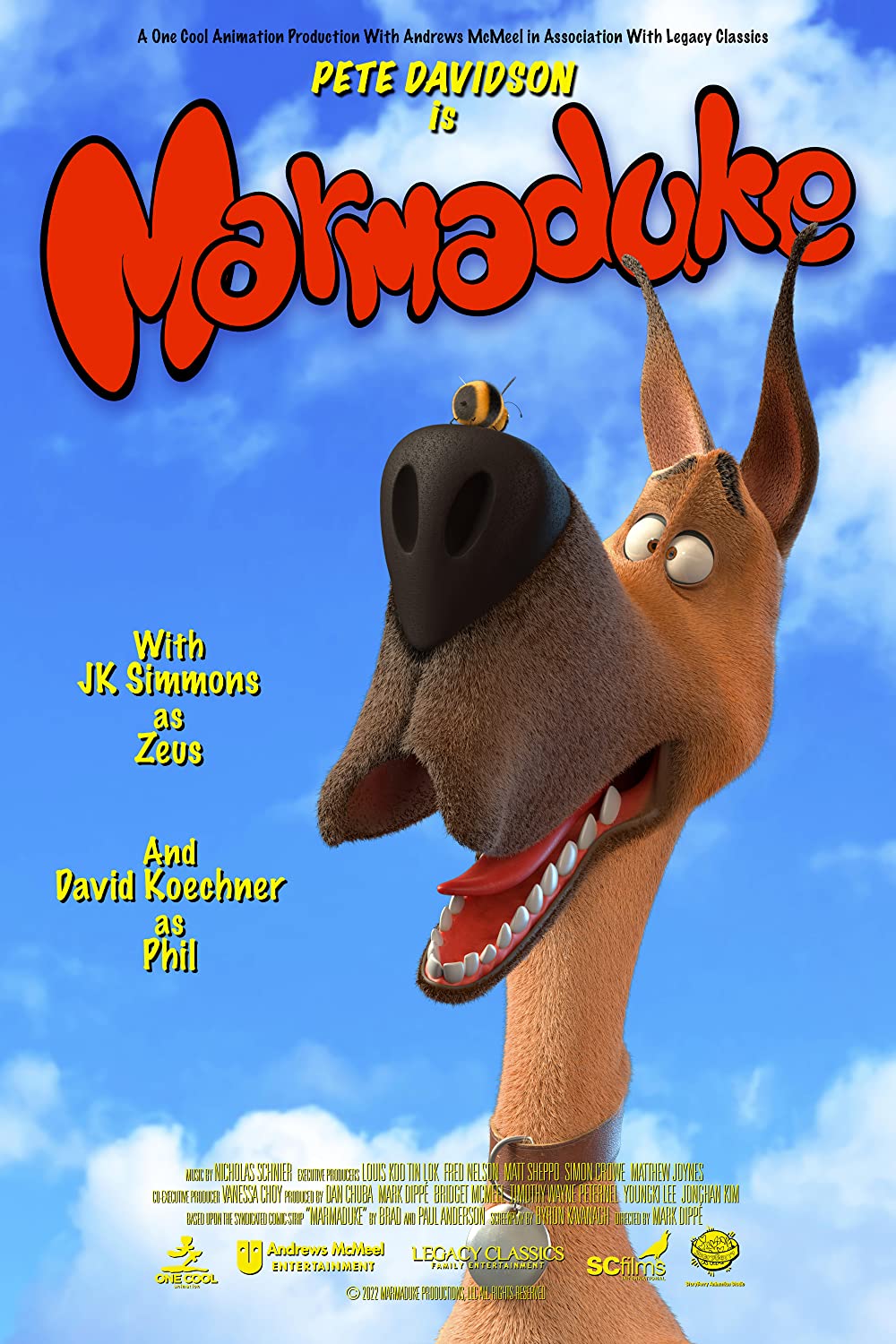 There’s nothing present in Marmaduke to warrant the dog's return to feature films. 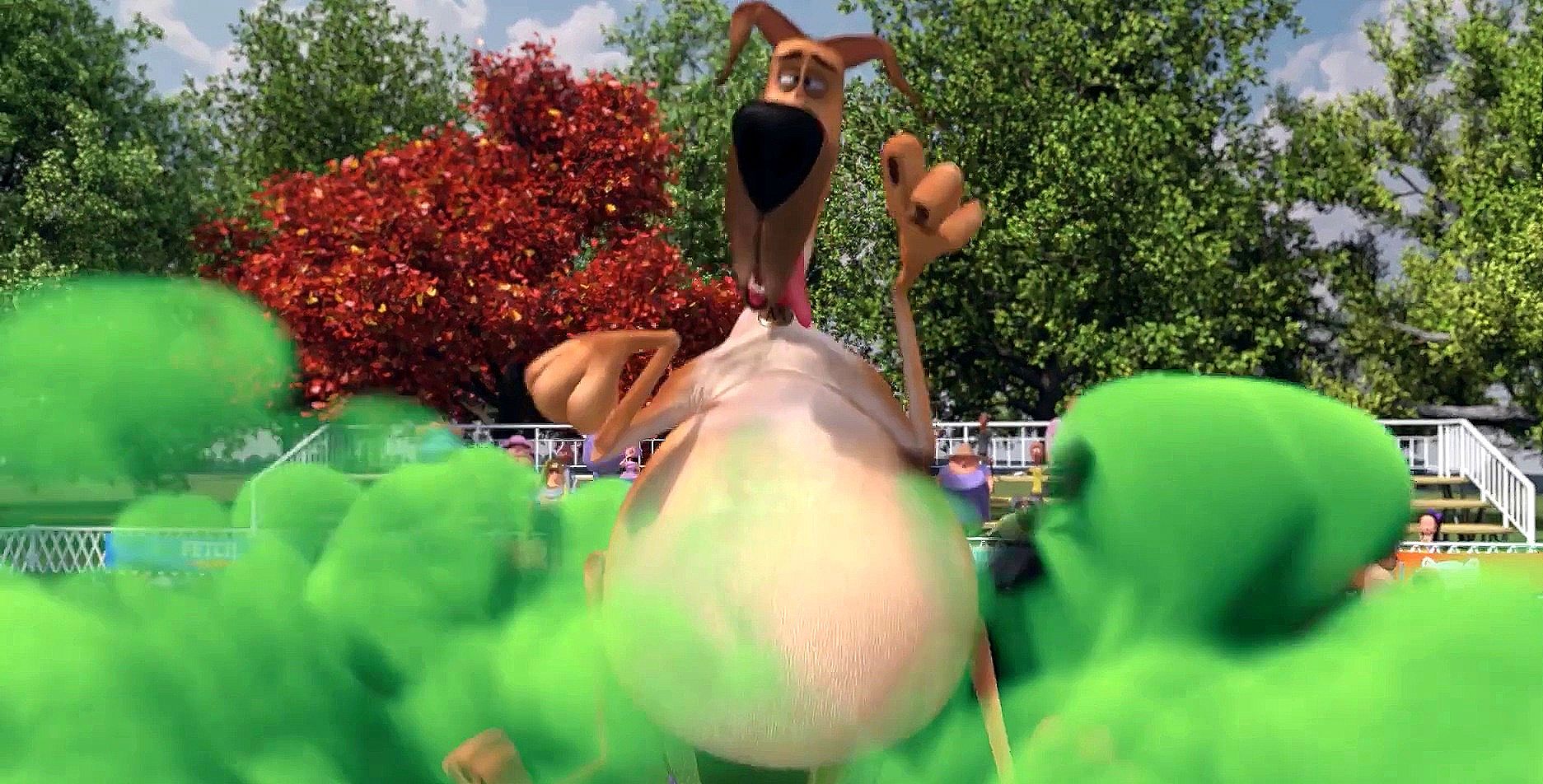 Marmaduke appears in his second movie, this time in an animated form that feels like it would be closer to the original comics. At least, one would hope. What this picture ends up as is a low-budget mess that seems to have been slapped together to keep the IP relevant. But considering this isn’t the first film in the past few years to feature a talking dog who eats and farts a lot, this dog just doesn’t shape up against the competition.

Marmaduke (Pete Davidson) is a Great Dane who always gets into trouble. He constantly annoys his family, the Winslows, in one way or another. He ruins parties hosted by the patriarch Phil (David Koechner) who doesn’t enjoy his BBQ being drowned by a tidal wave in the pool. Yet Phil never seems all that angry with Marmaduke. The dog just feels like an unstoppable force that can altogether be halted. Thus, the dog trains to become better. No, not just better, but a Best in Show dog.

Of course, Marmaduke has a rival so there’s more conflict than just a comedy of manners. JK Simmons voices Zeus, a champion Afghan hound who has it out for Marmaduke. It’s not clear why Zeus views Marmaduke as a threat outside of just being a jerk to every dog he meets. At any rate, Zeus manages to push the rival dog into big messes. Those big messes happen to involve the dog pooping and farting into the winner’s trophy. Yet there’s still hope Marmaduke can win this competition with a little gumption, where even the bitter Phil seems to be long over his disdain for the Great Dane.

I’d like to say that Marmaduke feels like an animated film that came out 15 years ago but even that might be a tad too charitable. Considering the film is making dated references to The Matrix in its kung-fu sequence, perhaps 25 years seems like a better estimate. Even the animation seems to be a massive step backward. The designs of all the dogs and humans are treated with this stick-figure style assembly, where it looks as though everybody in this world is anorexic and just one fall away from snapping their limbs in two. The world also feels empty with detail, highlighted by how bland the textures look and how basic so many locations feel. The gags are also so poorly paced that it feels like the film was edited in a padded-out fashion to make sure it goes over an hour.

I wish I could some credit to the three top voice actors assembled here but they’re given so little to work with. Davidson doesn’t bring much of anything to Marmaduke as a character and even his forgettable catchphrase of “Uh oh” just feels lifeless. Koechner can be known for dominating scenes with his comedic vibrato but he’s kept low-key in this role it’s irritating we never get to see him explode in a tirade over his troublesome dog. It’s so weird hearing Simmons trying to step into the role of a snooty dog that his few shining moments of villain cackling and scheming become the rare gems of this dark pit of a boring animated film.

There’s nothing present in Marmaduke to warrant the dog's return to feature films. He just feels like one of those newspaper comic book characters who will only be doomed to a handful of gags and should’ve stayed that way. Perhaps there will one day a film that finds something more to this Great Dane character than just the typical dog jokes delivered with lukewarm comedy that would’ve been stale in the 1990s. As it stands right now, this dog is far from the Best in Show.