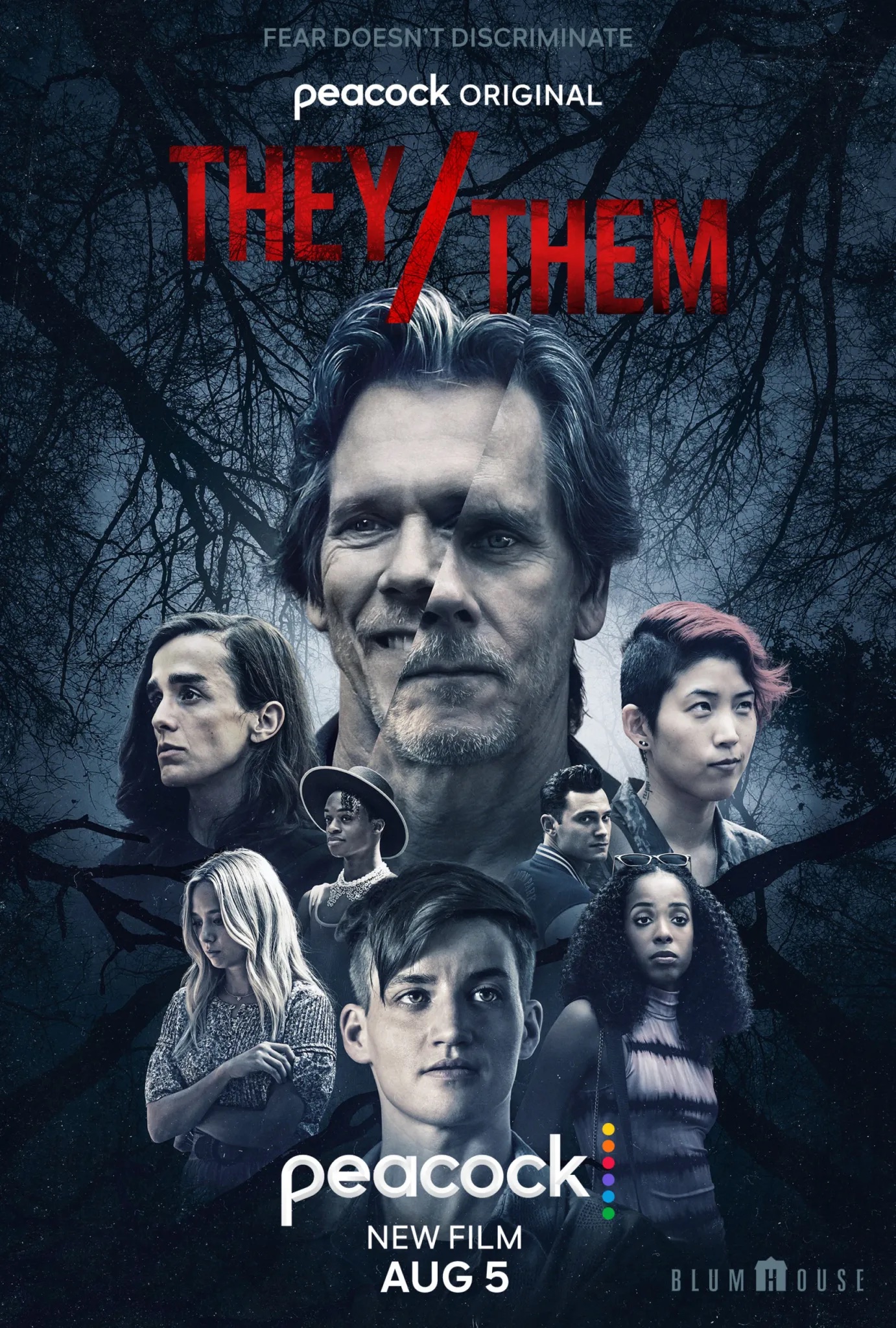 They/Them does little to become more than a Friday The 13th retread with an LGBTQ flavor. 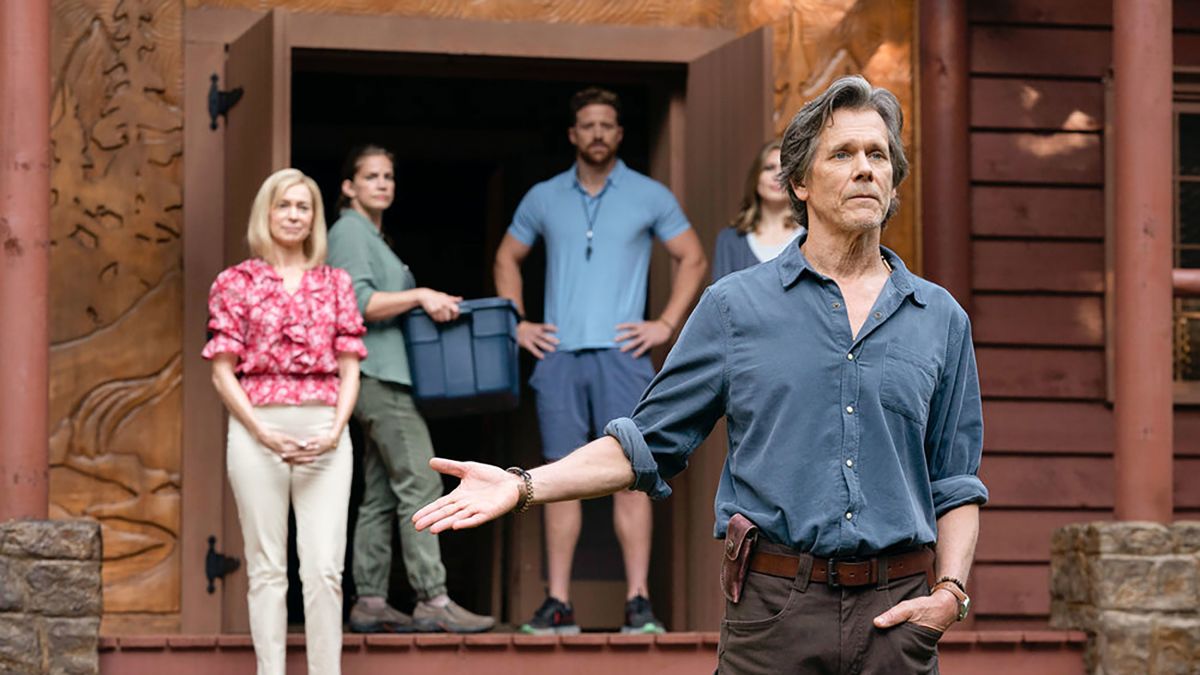 Somewhere on Twitter, there was a joke made about nonbinary pronouns that were surprisingly clever and funny rather than just hurtful. The joke more or less goes “Why are ninjas nonbinary when fighting their enemies?” with the joke answer being “they slash them.” And somewhere out on Twitter, somebody said that punchline would make for a great movie title. Well, somebody made that movie and, well, it’s…uh, well, it’s certainly a movie.

It’s that it’s a bad concept. In fact, the premise has a lot of promise. It’s a twist on the old slasher camp subgenre of horror. Only this camp is a conversion camp, where parents send their gay, trans, and queer kids in order to be “fixed.” It’s a real-world aspect that is so inhuman it’s surprising it took this long for there to be a horror movie on the subject. Whistler Camp is run by Owen Whistler (Kevin Bacon), an instructor who attempts to manipulate the LGBTQ campers into believing their turning away from heteronormative will be inclusive and that they can change at their own pace. It’s a deceptive tactic always spoken of by people who want to be discriminatory without being so open about it.

The instructors of the camp start turning up dead as the activities become more aggressive. Owen starts forcing the campers to do manly and inhuman activities like shooting a gun at a dog. More extreme measures will follow with aversion therapy, where Owen electrocutes one of the campers into finally being straight. As the torture goes on, so does the series of murders and the mystery behind the strange figure committing such actions.

Where this film falters is when it merely uses the persecution of the LGBTQ community more as set dressing than anything meaningful. The story becomes far more interesting for figuring out who the killer is than trying to combat conversion therapy. Without giving too much away, revenge does play a part in the killings but it’s revenge that is treated more with simplicity from a revenge-fantasy angle. It’s less a compelling narrative about being true to yourself amid discrimination and more of a catharsis for America’s bitterness towards acceptance. Around the third act, the slasher formula gives up on finding a point and resorts to favoring a lukewarm murder mystery angle.

The film also isn’t that scary, even when tempering expectations within the slasher subgenre. The kills are decent but not all that impressive in their cleverness or brutality. The something-under-surface angle is not as compelling because, well, it’s a conversion camp. We already know their intentions are not pure and based entirely on bigotry. Yet with all this provocative staging, the film is way too tepid with this material. The result is a film that is more serviceable for the common horror crowd than daring enough to play around with these topical themes.

They/Them does little to become more than a Friday The 13th retread with an LGBTQ flavor. What could’ve been a real trailblazer of a horror film ultimately becomes a picture that sticks far too close to the familiar trail, rarely veering off into its own creative nooks. Maybe we’ll one day get an LGBTQ slasher that feels more insightful with the material rather than just using it as a glaze. At the moment, this is a film in desperate need of a rewrite to find a bigger core than just a who-done-it crescendo.