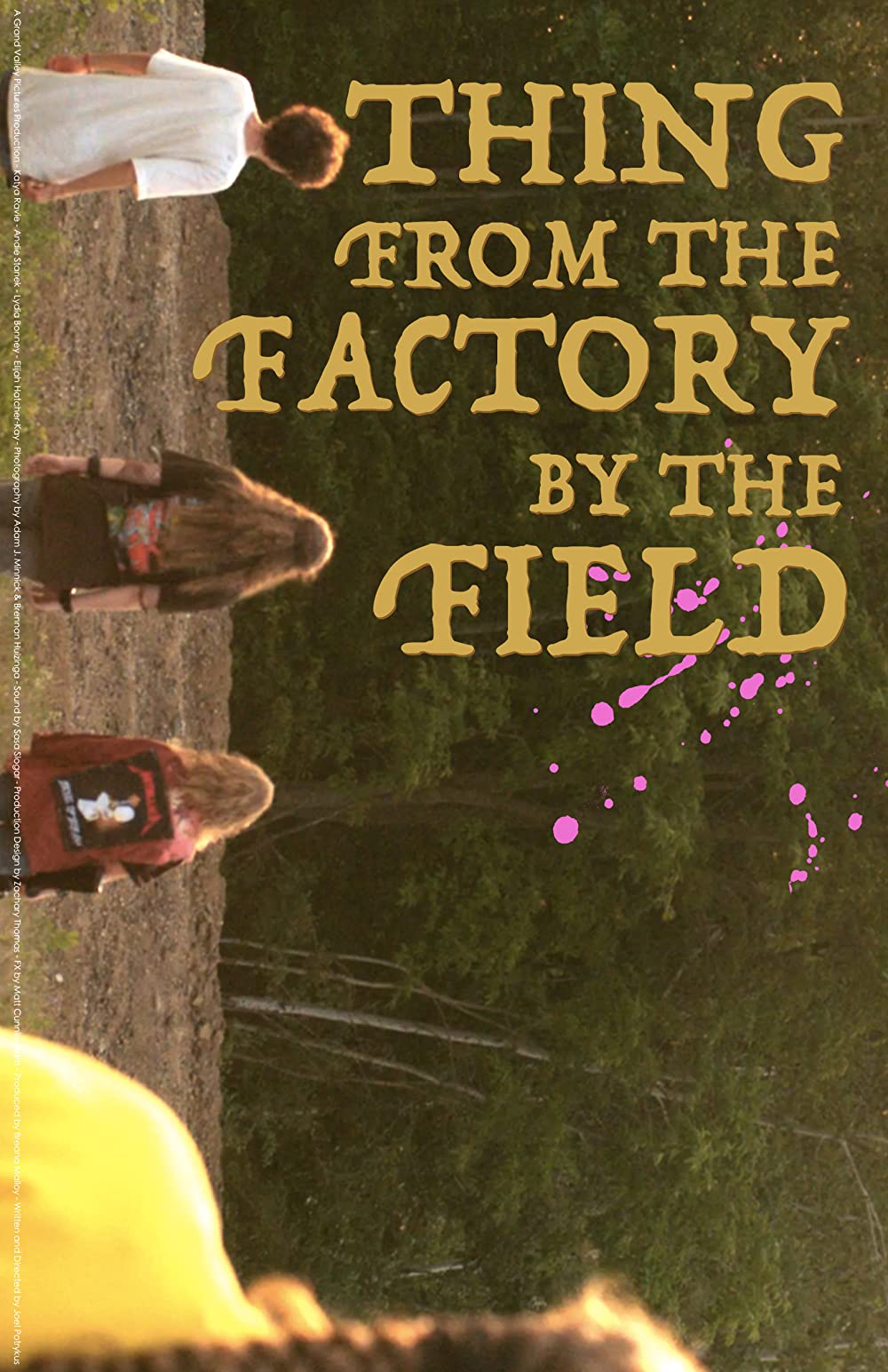 Thing From The Factory By The Field is a surprisingly engrossing short film of horror most understated.

In the tradition of Stranger Things, Thing From The Factory By The Field is that intoxicating sort of coming-of-age story that dabbles in the desire for more. It features a band of teenagers striving to become a rock band. They have weird traditions and different outlooks on life, trying to make the best of their limited environment. They also try to understand a world that is far less fantastical than they imagined.

The teens of this story stand in a field in a woodland area. A factory can be seen in the distance. They are right in the middle of their initiation ceremony for a new member that will be added to their band. The rituals involve the latest hire being blindfolded and enduring the uncertainty of an arrow being fired into the air via a crossbow.

If this sounds dangerous and ill-thought, that’s because it is, but, hey, just about everything these teenagers do is ill-thought. They can’t decide on a name for their band and even their latest member can only kinda play an instrument. They have big ideas but they never quite seem to come about the way they hope. For instance, they have a theory that the smokestack of the nearby factory comes directly from hell and signals the coming of demons. It’s a wild idea and part of me wanted it to be true if only to make their world seem more intriguing.

The arrow initiation goes awry but not in the way you might expect. Rather than their new player being injured by the descending arrow, the arrow instead lodges in some mysterious creatures. The creature of unknown origin only appears briefly in close-ups and never reveals everything. The teens try to figure out what this creature is and where it came from. Naturally, since the teen band dabbles in the satanic, they assume it’s probably a demon. After all, it would make sense considering how they view a smokestack as harboring the legend of a local demon.

The short film mostly centers around the conversations and perceptions of these teenagers. The newest band member speaks of how she believes in an afterlife more akin to Christianity than the rest of the band does with their obsession with Satanism. However, there’s uncertainty among them. Nobody truly knows where we go when we die and the teenagers certainly don’t know a whole lot about this creature they just killed. It just seems like too big of a topic for a gang who just wants to play some badass music. Of course, to make this story complete, we get a somewhat shocking reveal of what the creature really was doing near that factory. While the secret is closer to reality than being a supernatural oddity, there’s a coldness in that reveal which makes the imagination of the teenagers far more palatable.

Thing From The Factory By The Field is a surprisingly engrossing short film of horror most understated. There’s not much blood but certainly a whole lot of talk about demons and existentialism. On that level, this film gets the job done of being both an atmospheric piece of coming-of-age dramedy and a darkly comedic commentary on the nature of industrialism.