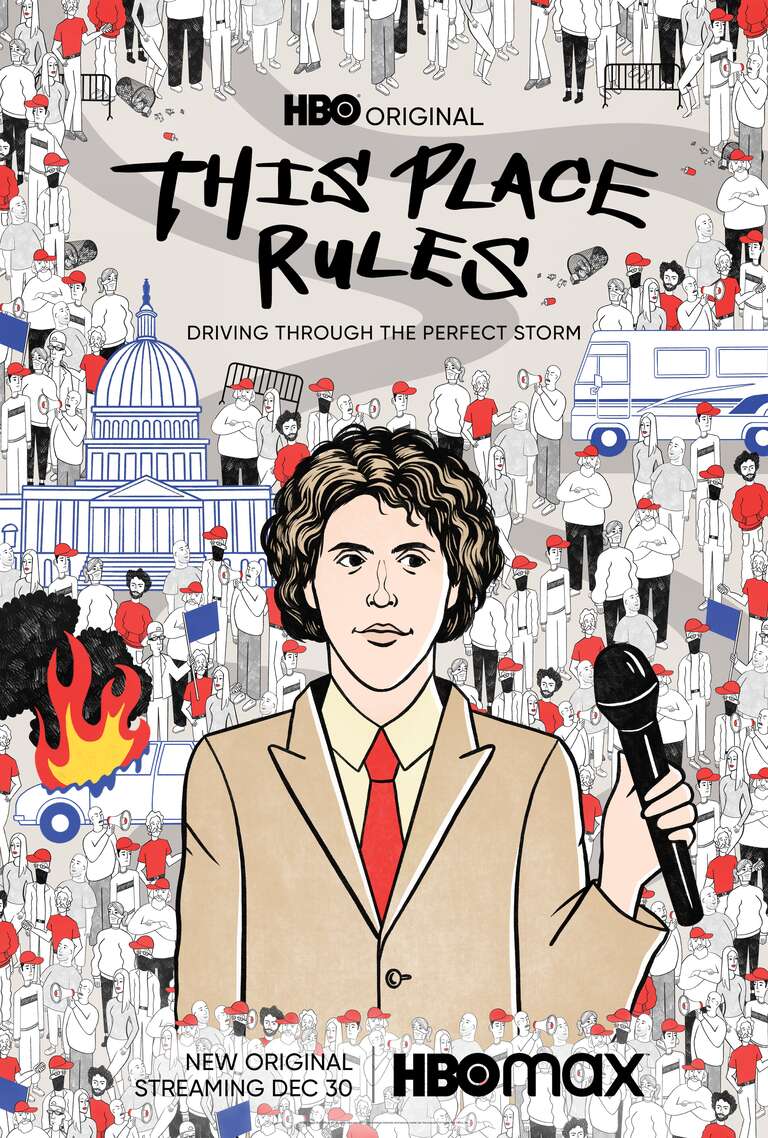 This Place Rules is as shocking as it is important. 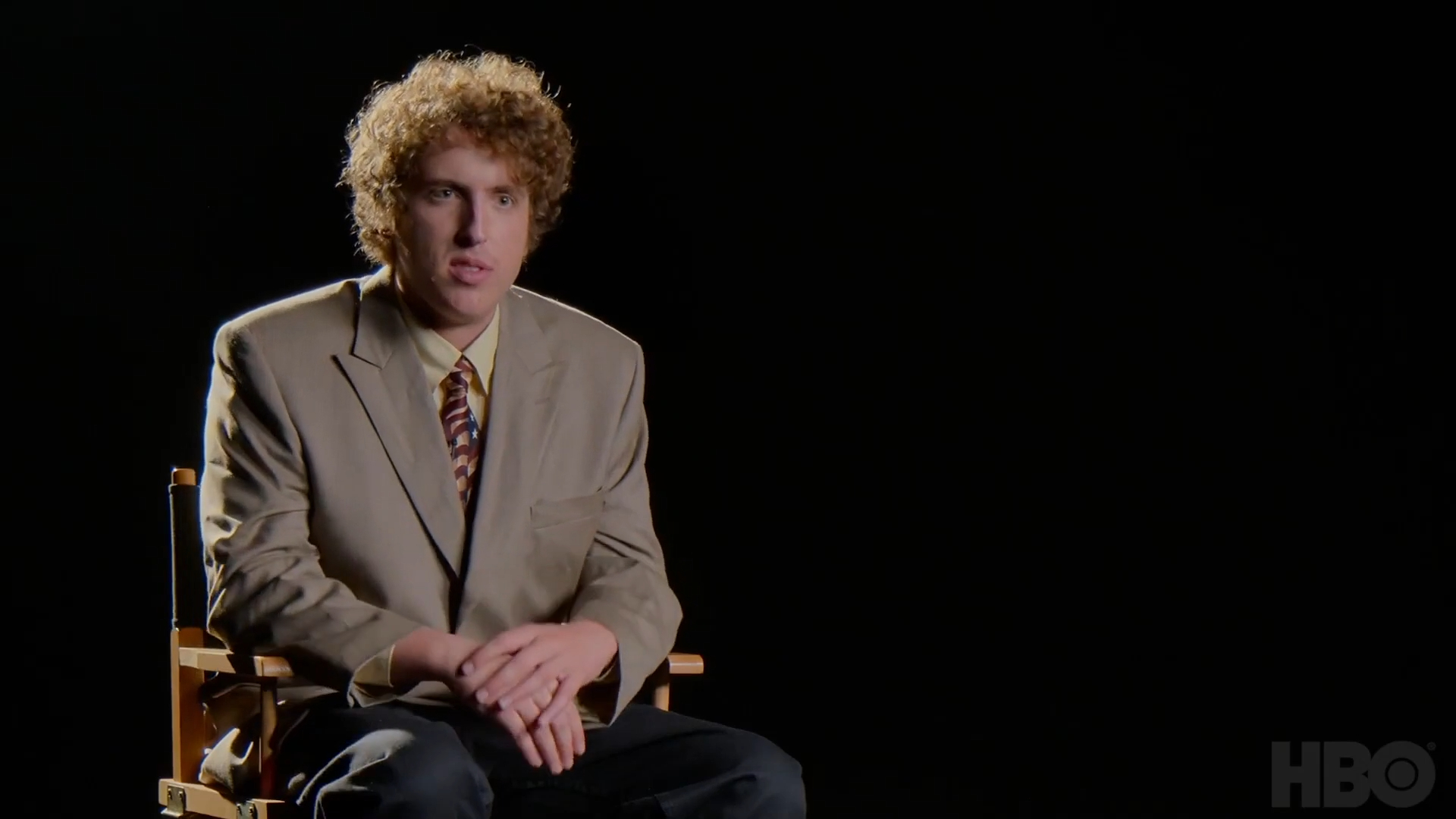 The events of January 6th and MAGA’s last stand have led many amateur and professional reporters to cover one of the most landmark eras of politics. Among them is Andrew Callaghan, known for his YouTube channel Channel 5. He committed himself to the most gonzo level of journalism by engaging in man-on-the-street interviews at the most chaotic of events. This includes everything from the Sturgis motorcycle rally amid the 2020 pandemic to political rallies with the weirdest people. This Place Rules documents the timeline of events for his show that preceded the insurrection attempt of January 6th, 2021, and its aftermath.

Callaghan’s reporting style is divulged for those unfamiliar with his viral videos in the first few minutes. He doesn’t just focus on the political, as his opening segment features him covering amateur wrestlers, one of which styles himself after the Joker. Callaghan approaches these figures, not aiming for laughs but giving them plenty of rope to hang themselves. He finds the strangest people, pushes a microphone in their faces, and lets them go off about whatever they want. The wrestlers, for example, ramble on about rivalries and philosophies on life. They’re bizarre, sure, but they’re the last semblance of sanity based on what follows.

As with most journalists during 2020, Callaghan’s reporting sent him to the rowdiest of events for the many rallies of Donald Trump leading up to the election. Naturally, the rallies were a hotbed of all sorts of conspiracies. Probing into the darkest corners with a mere medical mask to protect himself from Covid-19, Callaghan gets up close and personal with the strangest of people. Aiming to learn more, this documentary finds him digging deeper into the many conspiracies surrounding these key events.

Some notable highlights go beyond being a mere show reel of everything Callaghan has covered thus far. When trying to cover the phenomenon of the conspiracy theory behind QAnon, he meets with a family in 2020 who have fully adopted the cryptic messages of an online conspirator. The family of three offspring has pulled their children out of school and decided to homeschool them, much to the chagrin of the kids missing their friends. While mom tends to the kids, the father shows off the many QAnon drops to Callaghan. There’s an emptiness felt in this lifestyle that Callaghan doesn’t push too hard to crumble. Later, Callaghan will return to interview the family after the election, with the father feeling he was lied to by QAnon and the kids realizing this belief in conspiracies was a waste of time.

One of the more shocking interviews is with Alex Jones. Jones, having spun flat-out lies about the 2013 Sandy Hook school shooting is a hoax, was ordered by the courts to pay millions in damages. Callaghan interviews Jones around the trial, and the huckster is far less comprehensive than he has ever been. Trying to seem even more provocative and make himself more of the victim, Jones makes outlandish accusations about the Sandy Hook event. Before ending the interview, he spins the absurdity of being entirely behind the murder of the children. He walks off the set with his mic still on as one of his Info Wars staffers brings up how Jones shouldn’t have gone off that far.

Callaghan’s coverage looms around key events but seems more compelled to focus on the all-important byproducts of these events. This approach works in terms of trying to find some clarity in the chaos, highlighting the general thesis about how the mainstream media has refused to cover more of these troubling events. The final interview is one of the most revealing as Callaghan interviews one QAnon believer who spends all his time talking about how everybody not behind Donald Trump is a secret pedophile. Callaghan confronts this guy by mentioning the believer’s arrest record of sexually abusing a child and stressing that this man may be projecting. The believer, unwilling to question himself, says he is not projecting and this is something Hillary Clinton does more than him.

This Place Rules is as shocking as it is important. Among the storm of many documentaries centering around the mess of MAGA, this one remains a centerpiece for piercing more into the more minor aspects and more questionable cores of this movement. It’s also fascinating how much time Callaghan gives these interviewees to make their case seem more unbelievable and hypocritical the more they run their mouths about absolute nonsense. And unlike most films on this topic, Callaghan dares to question the bigger picture of how we got here and how it will get worse.