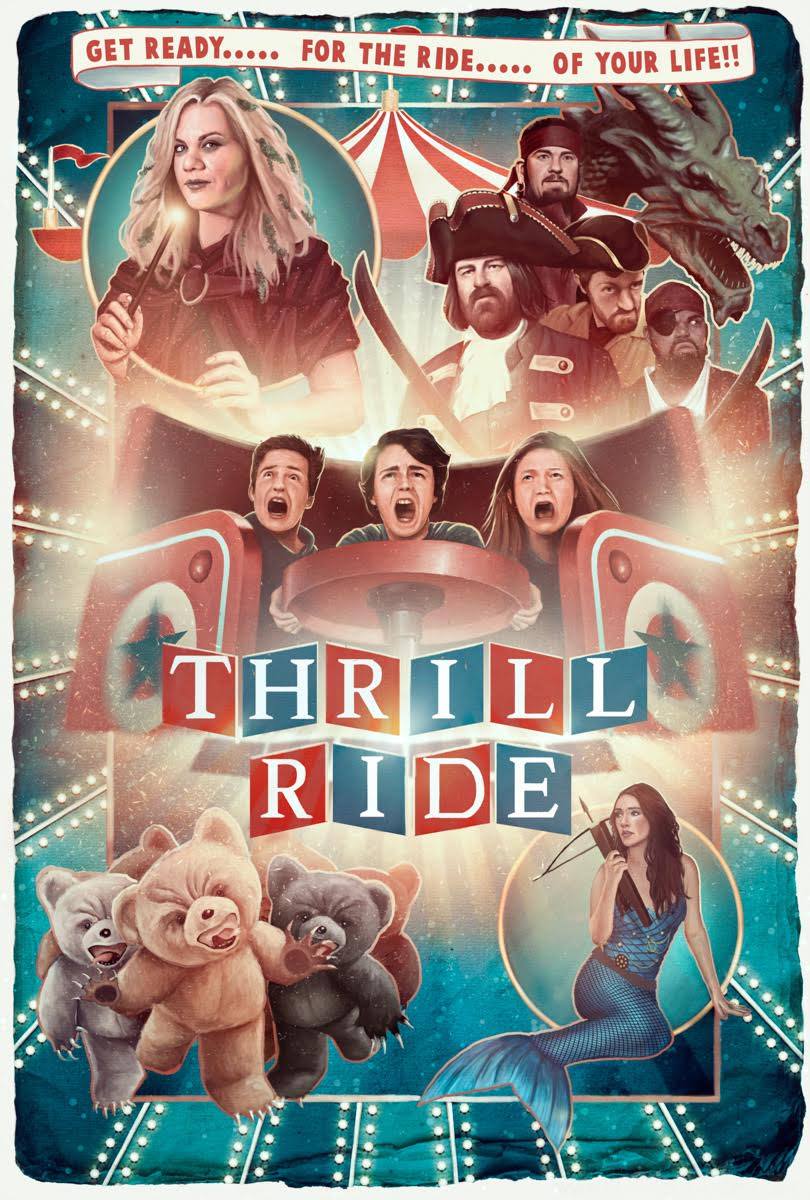 Thrill Ride isn’t the most thrilling adventure but it’s suitable enough for a rainy weekend with the family. 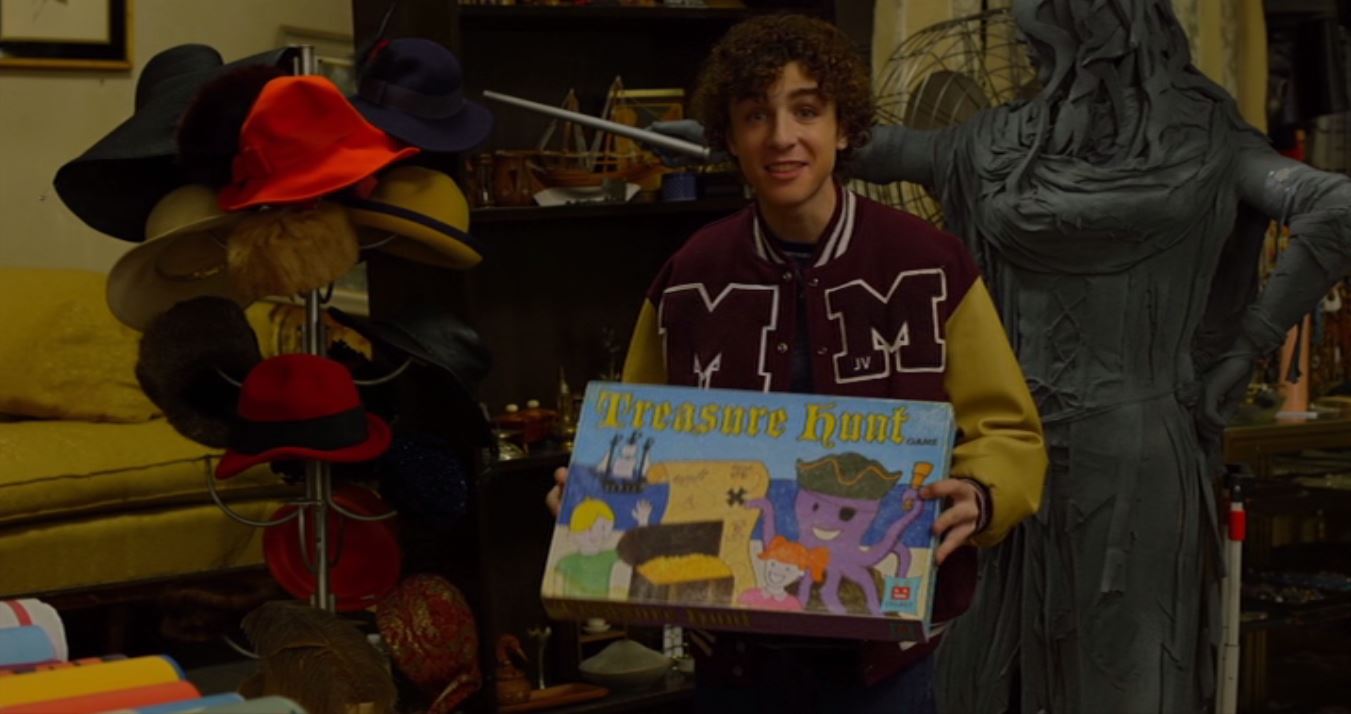 Thrill Ride is a tepid yet enduring adventure film fit for the family. It has a rocky framework rooted in history both mythological and closer to our century. Then again, so do a lot of cult classics for the wee ones, akin to Hocus Pocus. It’s a film where I kinda had to take a step back and place myself in younger shoes to appreciate its playfulness. With a bit of squinting, I could kinda see why a kid might dig this chipper tale of pirates, mermaids, theme parks, and treasure.

The premise eventually gets going after an extended prologue meant to tell the story of Al Capone and his lost treasure. Cut to the present where three kids congregate at a shop of oddities, taking note of the local abandoned amusement park and the legend of Al Capone’s treasure being buried there. Before that story can take off, we’ve got another backstory to divulge of pirates and witches who were encased in stone amid battle. At least this bit of exposition comes with a Drunk History-style retelling by the kids.

The kids have a problem. The shop, owned by one of their fathers, is losing business and could really use some fast cash to avoid closure. The plucky kids set their sights on exploring the theme park they’re currently gutting to find Capone’s loot. What they end up finding, however, is a curse of witches and pirates still at each others’ throats. Now the kids have to survive the night while outsmarting a band of vicious pirates and making friends with witches of the sea.

A story like this is aided by the pitch-perfect performance of Kristen Johnston. She plays the central sea witch with as much fish-out-of-water charm as she did with her alien character on 3rd Rock From The Sun. She has just the right amount of knowledge and amazement at the modern world. I dug her scorn for humans who fear she’s evil just because she’s a witch and her determinations for what constitutes a wand. Her timing is strong enough to make these ho-hum jokes please enough for a smile from this adult and perhaps even a laugh from a younger audience.

There’s silliness that courses through the adventure. The pirates are portrayed as dangerous but also dumbfounded individuals, mistaking restrooms for areas of relaxation. They’re dumb enough for the kids to best yet violent enough where some skill is required. The kid actors are also not too shabby. They’ve got just the right amount of pluck and do their best to make these lukewarm jokes land better than one might expect. Lucas Jade Zumann, in particular, gives one of the finest performances as Henry.

There’s just enough action and fantastical elements to make the most of the minor budget. There’s rarely a moment where you’re staring at the screen at some faulty CGI. There’s still CGI for some of the sets and I’d be lying if I said the compositing was flawless. Thankfully, these aspects are used sparingly and there’s never a moment when the kids have to stare amazed at a visual effect only for them to look terrible in the final cut.

Thrill Ride isn’t the most thrilling adventure but it’s suitable enough for a rainy weekend with the family. What makes the film a tad more enduring is when it’s revealed that this story was directed and written by Chris Parrish in memory of his late son. That little tidbit makes this picture, aiming for a fun dose of kid-oriented adventure, all the more enduring for being made with heart rather than just a paycheck. It’s hard to not feel a little something for this film filled with just enough pluck.