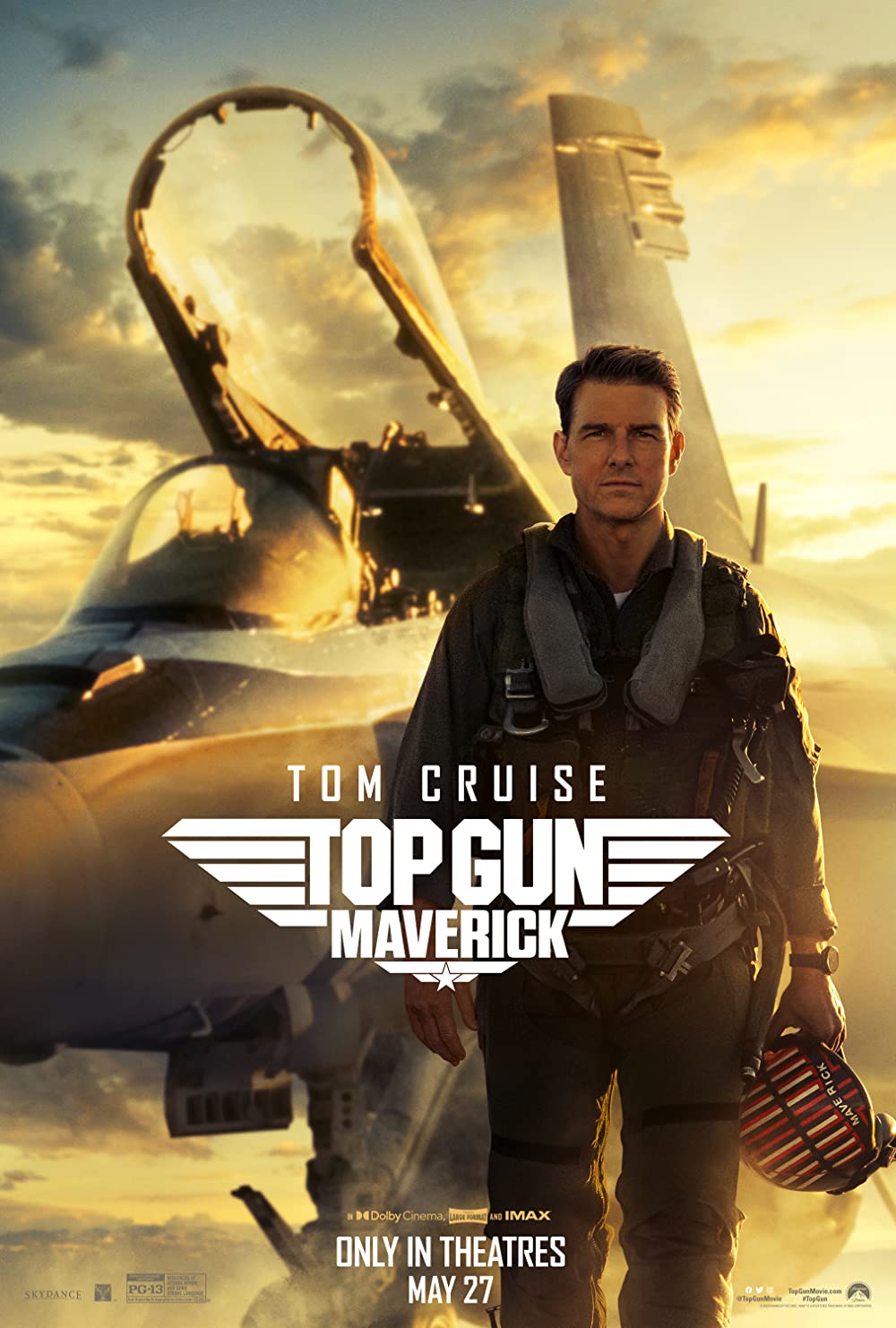 A sequel to Top Gun may seem strange if it weren’t for the fact that three-decade sequels are in vogue. The 2010s saw such tappings of Mad Max: Fury Road and Blade Runner 2049 becoming exceptional revivals of old properties, bringing out new characters and bigger elements to explore. Now the Tom Cruise NAVY film joins the ranks with Top Gun: Maverick. Just like the other films mentioned, this sequel finds more to explore. The result is a film that manages to be leagues more impressive than its dated predecessor.

Cruise returns to the role of the pilot Maverick who hasn’t seemed to change much. His love of flight leads to him leading dangerously speedy piloting experiments and still getting brash and angry at his reckless nature. Thankfully, that brash nature becomes more of the problem than the solution this time around. Hoping that the better aspects of his piloting will be carried on, Maverick is called back to the flight school of Top Gun to be an instructor for a new generation of top pilots. It feels like a demotion but it’s more of an opportunity to prove himself as a leader for a dangerous mission involving a highly guarded site.

One of the pilots happens to be Rooster (Miles Teller), the son of the late pilot Goose, whom Maverick failed to save in the previous picture. Fearing that he’ll be responsible for yet another death in the skies, it’s Maverick’s desire to ensure that Rooster comes home in one piece. That may not be an easy task considering how brash Rooster can be and how untrusting he is of Maverick’s leadership. Once they’re up in the skies, however, there’s a chance that the two may connect and that Maverick will be able to fill in as a father figure.

The film thankfully doesn’t spend much of any time centering the focus on the mission’s greater political implications, refusing to name that opposing nation perhaps for the hopes of appealing better to an international market. The real draw of the picture is the jet footage and there’s a lot of it. There are so many astounding shots of real jets performing real feats in stunning sequences of tense training and dogfights. These are fast and exciting scenes that are as perfectly staged as they are edited. If you’re going to make a film like this, you’ve gotta make sure these money shots work and they do so well.

The performances work well enough for this type of picture that focuses squarely on the mission and redemption. Jennifer Connelly plays the love interest and bar owner Penny, who fancies maybe giving Maverick another shot. Their developing relationship is rather cute and has some charm for Penny being a single mother, trying to work a relationship around her. It’s also a lot of fun that Maverick and Penny are able to connect through a thrilling sailboat sequence. Jon Hamm does a good job acting as the Vice Admiral who chews out Maverick, with the weary Ed Harris providing backup as the overlooking Admiral. Val Kilmer also appears in the picture with a rather dignified reprisal of Iceman, given that Kilmer can no longer speak.

Top Gun: Maverick soars far past the first film as a better jets-go-zoom movie. Cruise hasn’t lost his touch as the charmer of a pilot and the direction by Joseph Kosinski works so well at finding the pitch-perfect moments of such a picture. The action sequences are real nail-biters and look eye-popping in IMAX. For a film that even has the guts to stage the iconic and ridiculous sports scene of team-building exercises, Maverick manages to make it work beyond the silliness, finding more to this story of NAVY pilots than mere exuberance.