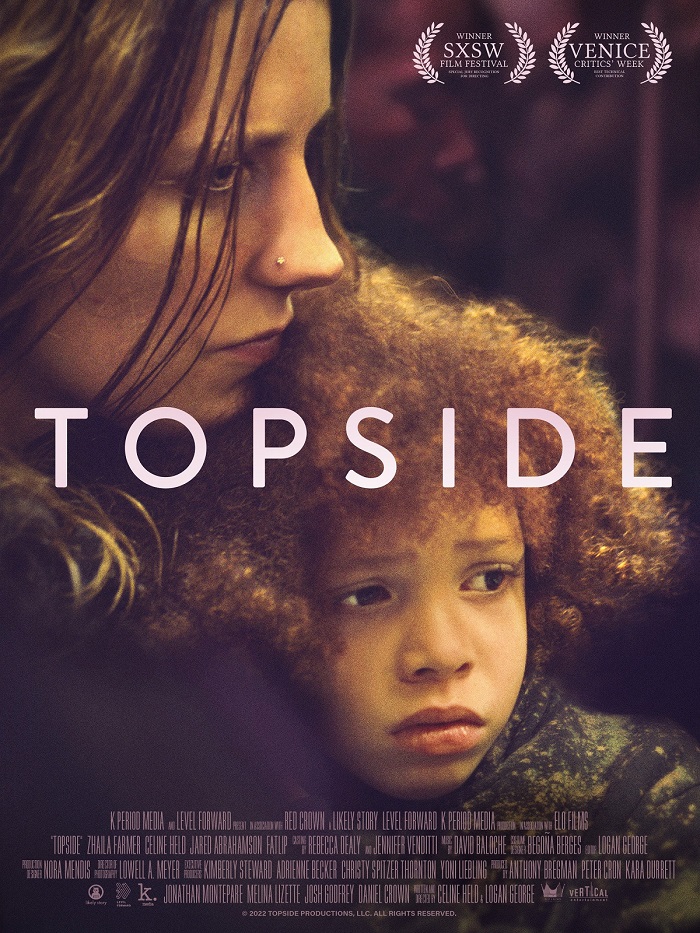 Topside just works as a drama about family and homelessness. 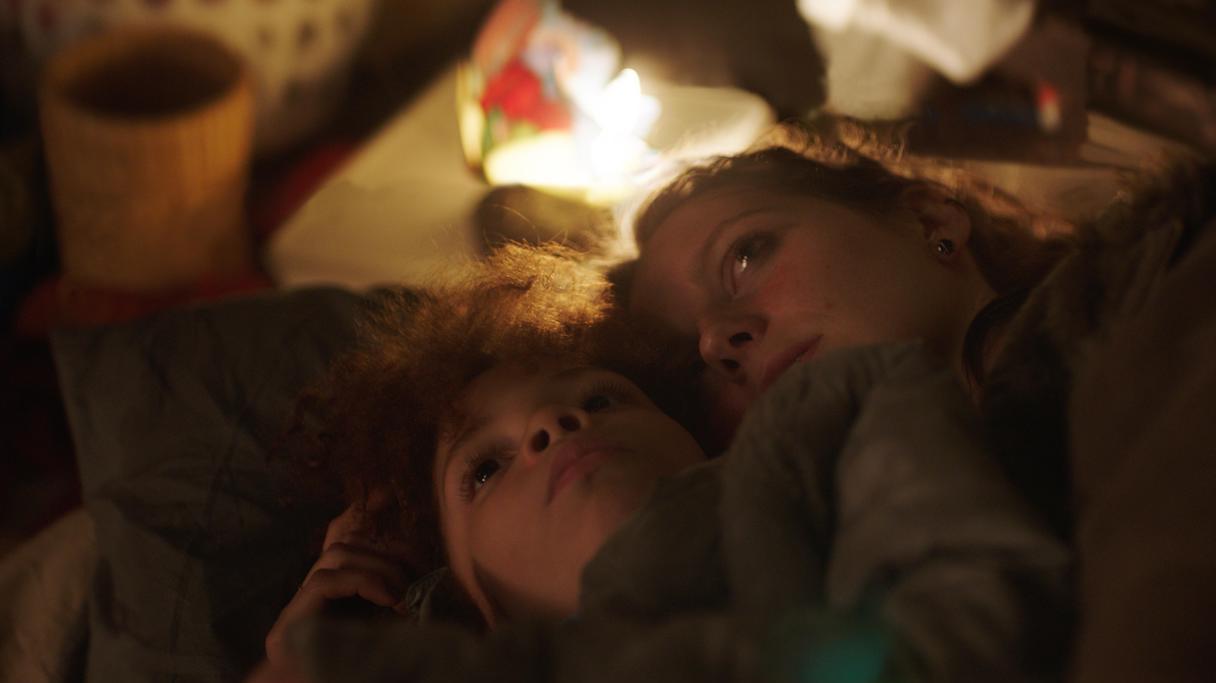 Topside is a quietly moving film about not having a home. A film like this could have become overly sentimental or stumble around trying to find a sense of catharsis. With great surprise, the writing/directing duo Celine Held and Logan George present a rather meaningful and grueling experience of having little hope and making tough calls.

Nikki (Celine Held) is a drug-addicted mom who has lost just about everything. The only person she has that still seems to love her is her daughter, Little (Zhaila Farmer). They live in New York City but not in an apartment. They live underground in abandoned subway tunnels, existing among other homeless people just trying to find a warm spot for the night. Little tries to keep up her spirits in this dark and dirty place, finding small comforts in iPad videos and dreams about stars.

Nikki seems to be aware of a coming threat to her mother-daughter relationship. There’s a knowing nature she has for being a bad mother who can’t provide for her child. Desperation sets in as she tries to think of a way to keep her daughter safe. This leads to a constant escape from every imposing force. Nikki knows her daughter will be taken away from her.

Little has very little dialogue and if I had one major criticism, it’s that Little seems more like a prop of innocence. That being said, it’s still heart-wrenching to watch someone as spirited and sweet as Little endure the pains of being a daughter to a drug addict that she loves. The story progresses to a point where Nikki and Little are forced out of their subway home and need to flee to the surface. The city environment is just too much for Little. She can’t handle the noise of trains, cars, and people. It’s a new environment to get used to and this poor kid has to keep up with her mother struggling to stay one step ahead of the authorities and child protective services.

As Little constantly asks about going back to a home she does not have, Nikki rejects any offer of help. She tries to keep her deals with drug dealers strictly business, violently taking flight over any charity they may offer. It’s understandable to a degree. Despite some ways that the drug dealers connect with Little, these are not role models Nikki wants for her daughter. But what does Nikki really want for her daughter? She’s not sure and spends most of the movie trying to get her next fix to clear her head some more.

The film’s tragic crescendo focuses almost entirely on Nikki. She’s faced with the worst possible scenario for her daughter and has to make the toughest call that a parent could ever make for their children. The performance by Held is astonishing, due in no small part to the authentic direction. She goes through a growth that some down-and-out parents have to learn the hard way. Watching her make the gut-wrenching decision with Little is deeply sad and gives the film a powerful note to go out on.

Topside just works as a drama about family and homelessness. The performances are first rate and the direction is so in the moment that it’s almost frightening how easy it is to become engaged with the story. Whether you’re a parent who can’t stand losing a child, someone who can barely pay rent, or still have an ounce of empathy left in your soul, it’s hard to imagine anybody not being moved by this picture.