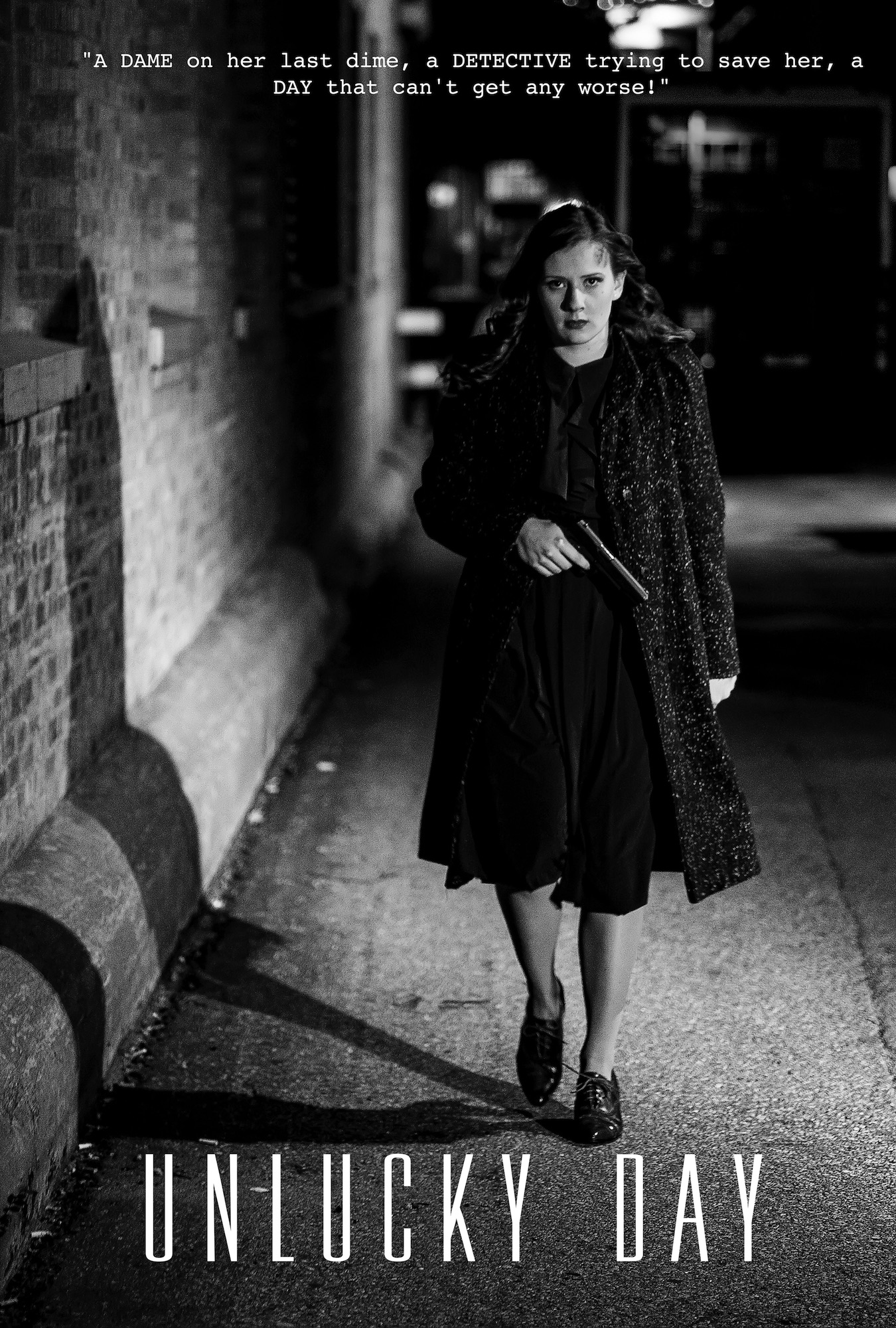 Unlucky Day mostly gets the job done as a satisfying shot of noir. 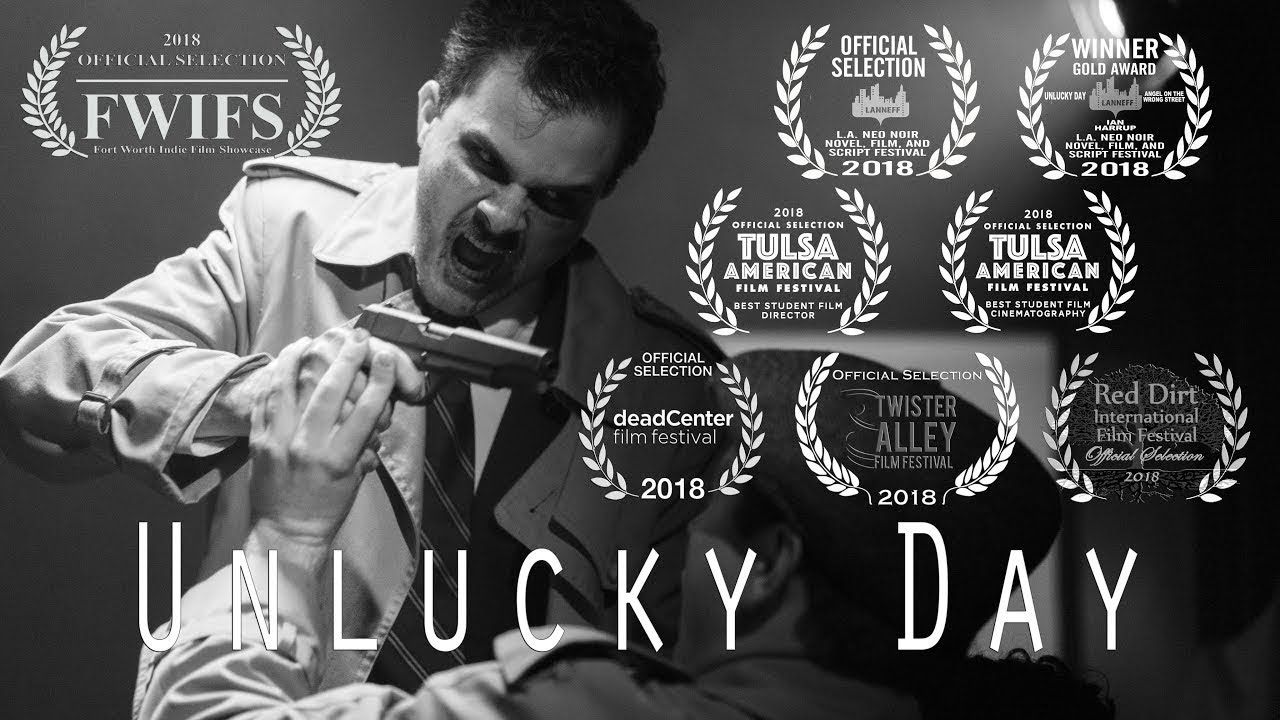 Unlucky Day is a short that certainly boils down to much of what makes noir so fascinating. The intersecting lives, the dark tone, the romantic entanglements, and the thirst for revenge. It’s technically astute enough to feel closer to noir, favoring more shadows and dark rooms than just slapping the black-and-white filter over a standard thriller. While not perfect, it’s engaging enough that there’s rarely a moment where it feels like a cheap noir love letter.

Sofia Brennecke plays Millie, a woman who is on her way to confront her lover. While making her way through the train station, she becomes unwittingly caught in the crossfire of mobsters. Being in the wrong place at the wrong time, she ends up being captured by some gun-toting bad guys. She later awakens in a dark room where she is tortured amid the bickering of gangsters. The dialogue continues about bad luck and how Millie becomes the victim of some vicious people, including the sneering mob leader of a seductive woman, always speaking down with a drink in hand.

The anger bubbles as the room grow tense, with the unfairness of life becoming all the more infuriating. It’s not just a matter of Millie being tortured by mob men, but also her lover cheating on her. Being surrounded by guns, it becomes all the more appealing for Millie to just take up arms and get that sweet revenge on everyone. If you were hoping for some exciting moments of gunfire, you’ll get a bit of that here. And if you were hoping to see Millie take more confident leadership, there’s some satisfaction in the route she takes when it’s revealed her lover has been cheating on her.

With a running time of 16 minutes, director Ian Harrup is keen enough to let the plot linger long enough for this type of story. It doesn’t meander much in its noir setting which is probably for the best if you’re shooting on a budget and can’t afford to have characters linger in era-appropriate locations. The characters are all staged believably enough that it doesn’t feel like they just whipped a costume fresh off the wrack to play dress-up. The old-fashioned accents are also fairly understated to pull back from going too over-the-top and turning this picture into more of a parody.

The only major criticism of this picture is how it ends. It perhaps gives Millie too much of a happy ending for the route she chooses. While it may be pleasing for the audience to see our hero make the morally correct decision, it also takes the audience out of the noir mindset. Most noir movies tended to end on darker notes, where characters would misstep or a tragic choice that leads to a somber resolve. This short wraps things up perhaps too neatly with Millie essentially riding off into the sunset for a better life, where hopefully she doesn’t run into any mobsters.

Unlucky Day mostly gets the job done as a satisfying shot of noir. It’s impressively shot, keenly acted, and always has a firm handle on the boiling points of the characters. The technicalities are impressive on their own, but it’s all the most satisfying to see its story feel closer to a noir narrative than just being a standard bit of broads and bullets.