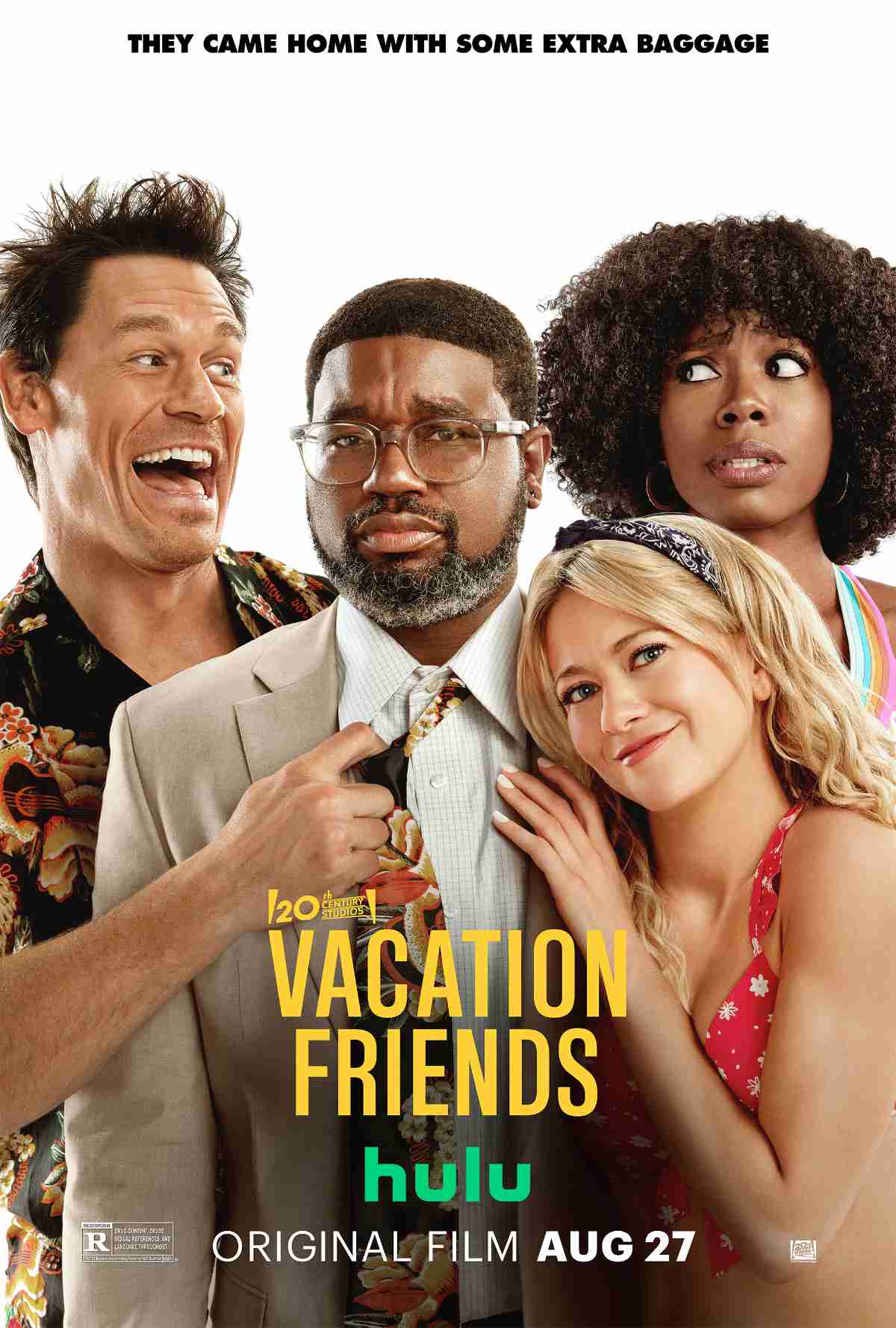 Vacation Friends is a trip that isn’t worth remembering. 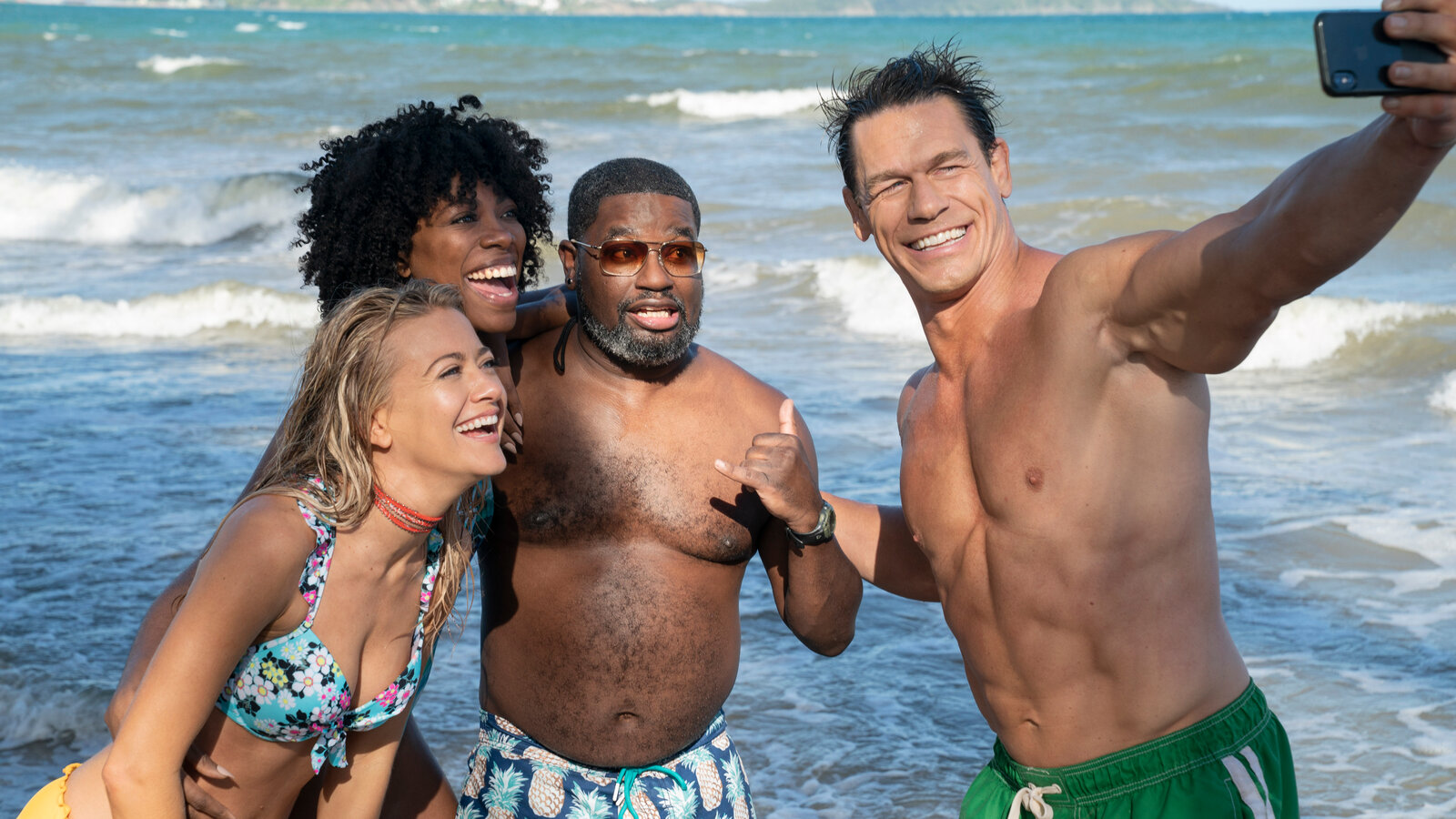 Vacation Friends is a vacation/wedding comedy that comes about as advertised. There’s a nervous wreck and party animal who find themselves clashing in a number of silly scenarios. They get drunk, they go boating, they take drugs, they lose wedding rings, and all of it comes bundled with slapstick amid its rambling dialogue. It would be funny if it all didn’t feel so standard, where even the wildcard additions of gun tricks and bird poop can’t save this formulaic farce.

Even the casting feels par for the course. Lil Rel Howery plays Marcus, a construction worker planning to propose to his girlfriend Emily (Yvonne Orji). Their vacation to Mexico seems like the perfect spot but the trip seems ruined by accidents that just seem to follow Marcus. He still proposes to Emily despite all the troubles and she still says yes. His lobby-made proposal attracts the attention of the eccentric couple Ron (John Cena) and Kyla (Meredith Hagner), both of whom offer to share their luxurious suite with them.

The vacation proves to be a chaotic one where Ron keeps encouraging wilder stuff to do while a cautious Marcus finds himself deeply conflicted. After one wild night of sex with partners that can’t quite be confirmed, Marcus and Emily depart for their wedding. The wedding, however, is upstaged when Ron and Kyla self-invite themselves to the event. For the highly judgemental families, however, the wild couple proves to be a great addition to the festivities. Maybe the issue is more Marcus than Ron.

The film spends a lot of time with the differing personalities bonding more than feuding. There’s a certain charm to the chemistry between Cena and Howery that’s hard to deny in how they play off each other. It’s a little easier to like Cena’s character for trying to be a good host, even if his idea of fun involves putting cocaine in margaritas and shooting beer bottles for fun. At least Ron is more of a crack shot, making the misfire by Marcus much funnier when Cena sweats it off.

Yet I wished that Cena went even harder with his brashness if only for the laughs to be had. Consider the scene where Cena and Howery trip out on mushrooms in the woods. Trippy music and funny filters fill out their antics, as well as one family member transforming into a clown. There is some restraint to this scene, however, where a slightly more lucid Ron tries to walk Marcus through making a good impression, even when they’re both stoned out of their minds. It’s a sequence that’s more admirable than funny.

Low-brow comedy is a given in such a slapstick-heavy vacation picture. There’s at least a decent bit of silliness to Ron’s uncanny ability to predict when birds will poop. It’s a ridiculous skill but there’s something comforting about a character knowing just when the scat will hit. If only he had even more experience in cliches to maneuver around or at least subvert the common ones. For as silly as the bird poop skill is, the ultimate payoff of the joke is for a poorly assembled Rube Goldberg gag involving power lines and rings going into sewers in slow-motion.

Vacation Friends is a trip that isn’t worth remembering. It has its small moments of humorous sequences but never manages to break through the barrier of giggles to achieve laughs. Everything is present for a funny scene but lacking in that extra punch to really sell the absurdity. It just goes to show that vacation movies haven’t quite been as hilarious since the National Lampoon entries.