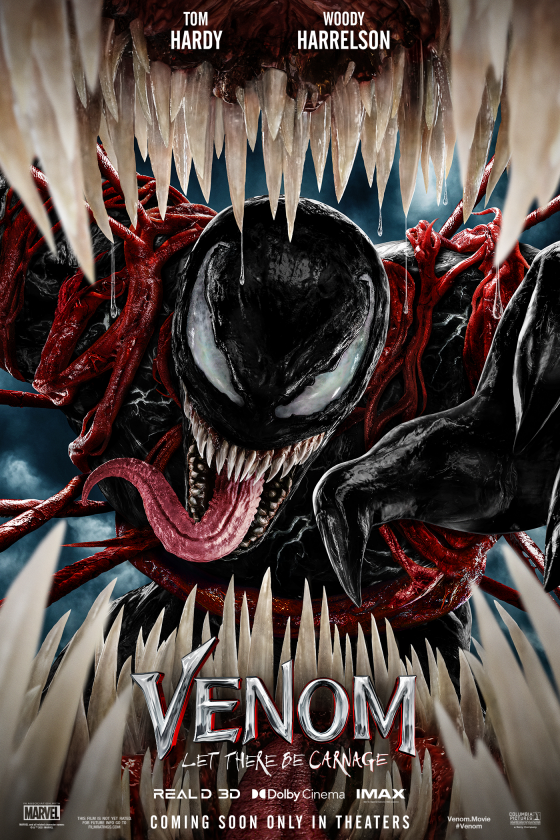 Venom: Let There Be Carnage isn’t just a great sequel but a bit of a trailblazer for Marvel movies.

Venom: Let There Be Carnage (2021) Review By Mark McPherson 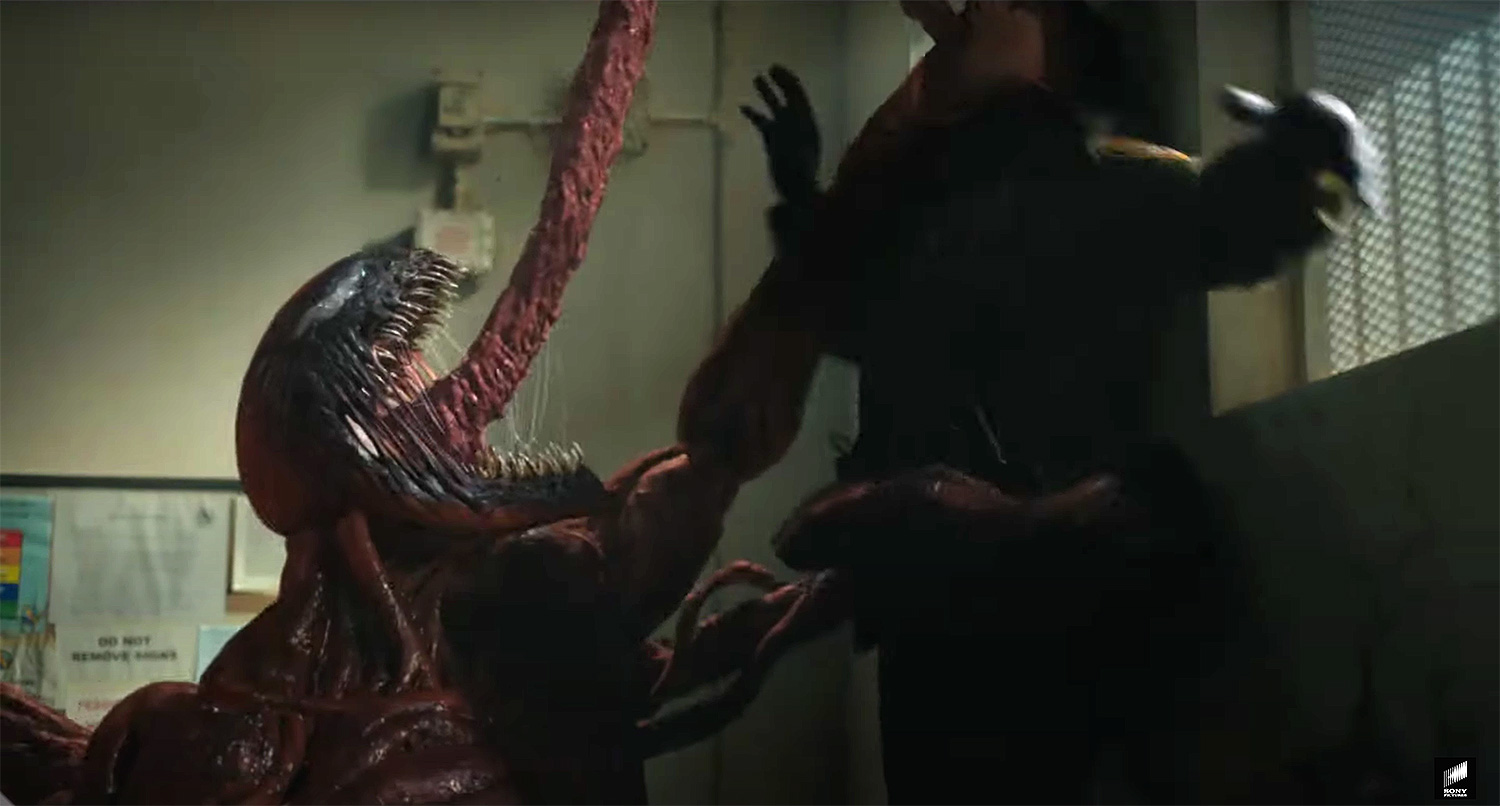 The relationship of Venom and Eddie in the 2018 film Venom is one that was worth exploring. It’s just too bad that it was bogged down in far too many exposition and special effects sequences of seeing how hard Venom can hit another alien symbiote. The best parts of that film were the bits and pieces where Tom Hardy in the role of Eddie jumped into wild scenes of eating lobster straight out of the lobster tank. Let There Be Carnage, however, is the sequel that takes full advantage of the buddy dynamic to present Venom as the love story it should have been all along.

Since the last film, Eddie and Venom have tried to live together as host body and alien symbiote. They work together to keep Eddie’s career in journalism going as they investigate murders. Eddie also keeps Venom satiated with a supply of chocolate and chickens to supplant his violent urges to eat human brains. While they make a good team, there’s still a few issues they’ve got to get over.

For instance, Eddie still hasn’t gotten over losing his ex-girlfriend Anne and is even more depressed when he finds out she’s marrying some guy. This has made him extra bitter and Venom, despite his attempts to cheer up his pal by making breakfast, isn’t exactly helping. Eventually, the two fight so much that they end up splitting in a breakup trashing Eddie’s apartment.

This leads to one of the best scenes in the film, where Venom, without Eddie, tries to embrace himself. He attends a rave where everybody believes he’s in a costume and shows him some admiration. While there, Venom delivers a rant about how much he loves his friend Eddie and that he’s “out of the Eddie closet.” He misses his host body, despite all the rules, and comes to this somber realization after the rave, sitting alone with his glow stick necklace.

But, wait, this is a superhero movie, right? There’s gotta be a villain. Cletus (Woody Harrelson) is a death row inmate who has grown up as a killer. He grew up troubled and can only relate to his love of the mutant Shriek (Naomie Harris). His life seems to be coming to a close until he shows an interest in Eddie and comes into contact with Venom. Venom’s black mess interacting with Cletus’s blood somehow forms the monster Carnage. Unlike Eddie and Venom, Cletus and Carnage have a destructive relationship that threatens Cletus’s relationship with Shriek.

We get some action in the film Venom versus Carnage, as promised in the title and various trailers. Those scenes are actually far superior to the previous film, refusing to conceal Venom behind smoke or drowning in darkness. The showdown in a church is quite striking to watch. However, the more interesting aspect of this film is the character dynamic that leads to the romance of Eddie and Venom. Sure, it’s not so much a bold queer relationship as it is more queer theory but, wow, does it embrace this angle quite hard. The film even gets to the point where Eddie convinces Venom to say that he loves him. Because, really, they do love each other and their relationship is quite unique. The fact that this film leans into this aspect with both weirdness and affection makes this film work in ways I didn’t expect.

Venom: Let There Be Carnage isn’t just a great sequel but a bit of a trailblazer for Marvel movies. At 97 minutes, it’s also a briskly trimmed picture that is well aware of where its strengths lie and choose to embrace them fully. Yes, we do have some MCU connections and standard villain motivations because that’s the nature of the beast. But at least with all of those familiar comic book tropes, something more interesting can be explored in Venom rather than just how hard he can bite people’s heads off.