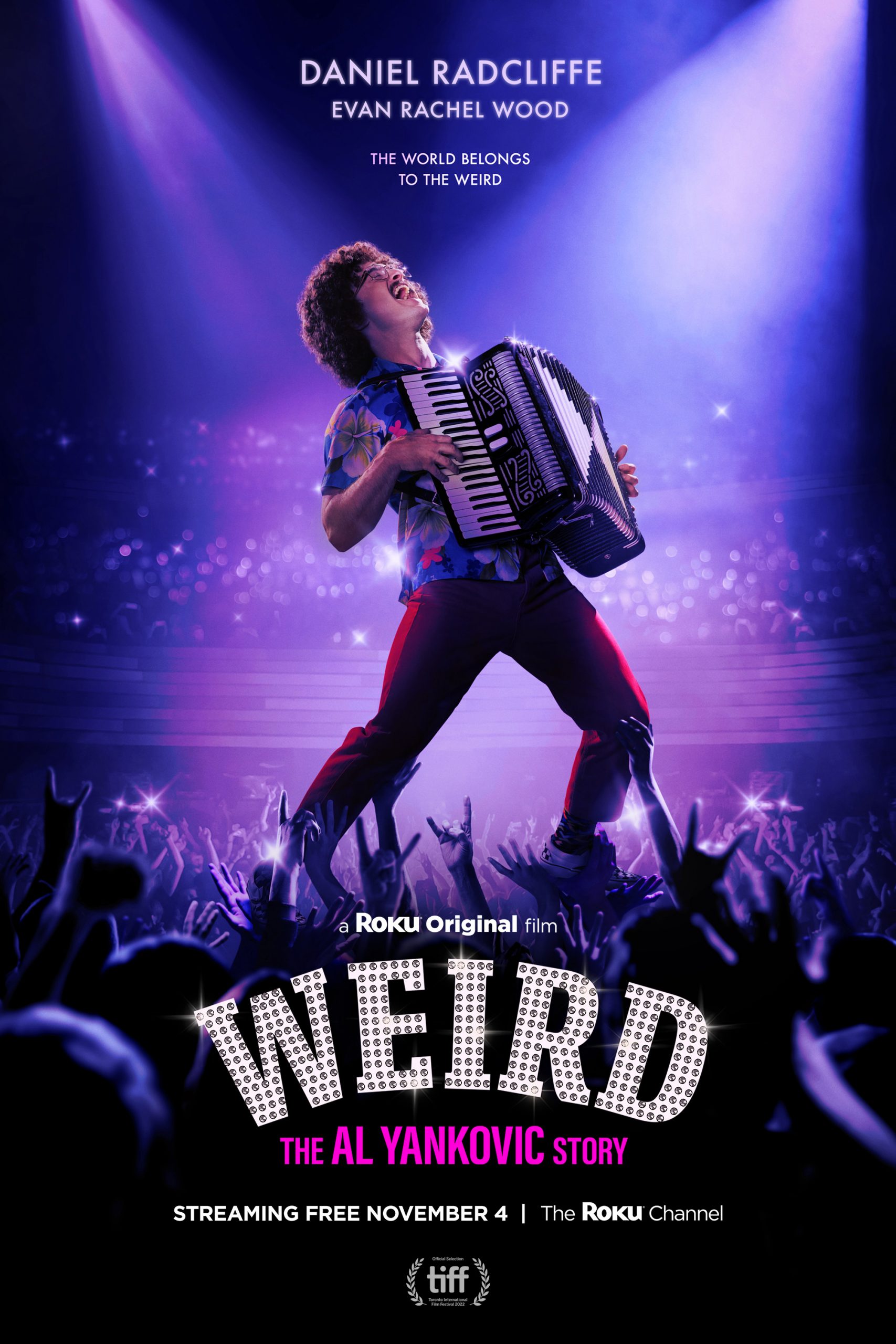 Weird is true to its title and lays hard to the joke about this being an accurate adaptation of Al Yankovic’s life. 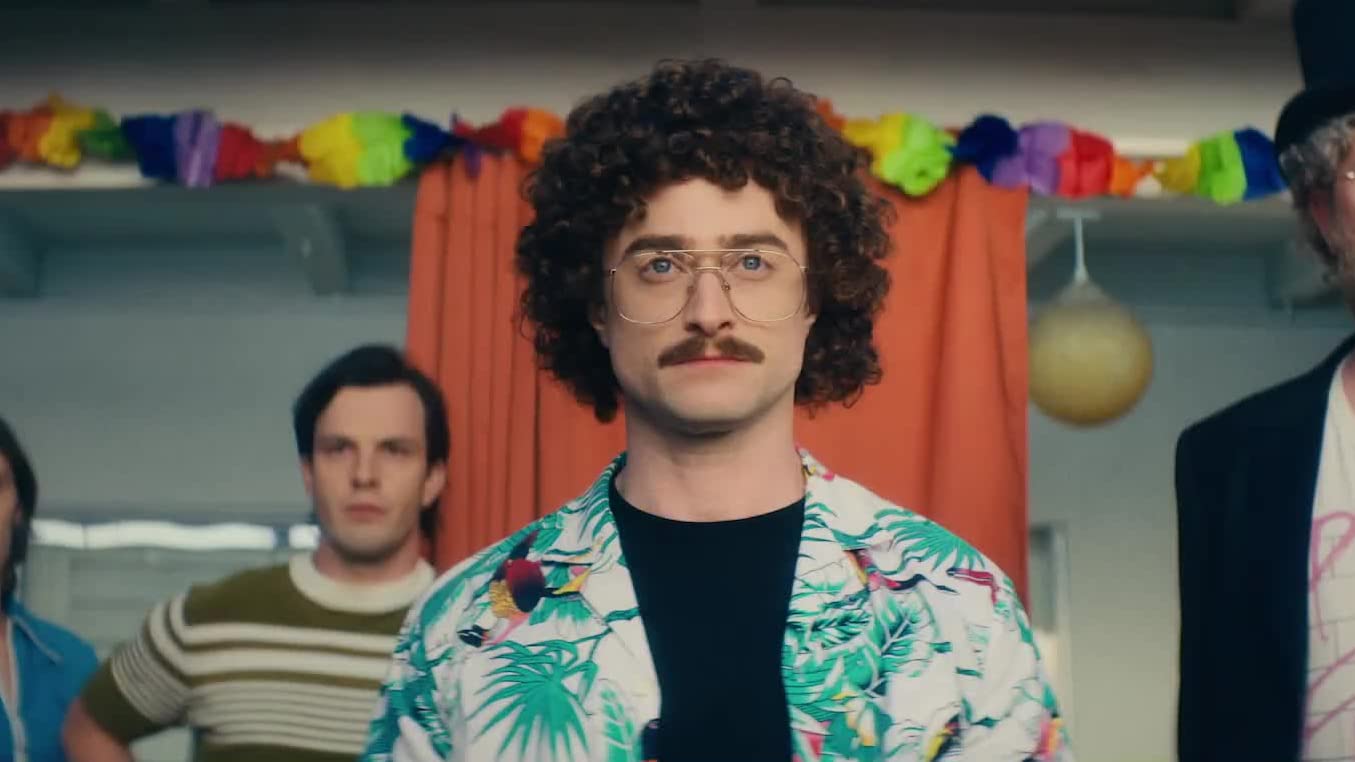 The auto-biopic by Weird Al is exactly the type of film you’d expect the hilarious parody musician to compose. It’s a film that aims to mock and satirize the convention of typical music biopics by presenting an absurd representation of Al Yankovic’s life. The truth is that Al’s upbringing and rise to fame weren’t all that rocky. But, hey, if you’re writing the script for your own film, you can frame yourself any way you like. You can even make yourself a kick-ass action hero who foils a drug cartel and saves Madonna before rising back to fame.

Al’s life is initially portrayed in a manner that would make a Lifetime movie executive salivate at the preposterous drama. He grew up in a suburb where polka was apparently the devil’s music. His enraged father (Toby Huss) forbids accordions in the household and polka parties are apparently illegal for minors. Yet it’s Al’s dream to aspire towards a “famous accordion player in a highly specific genre of music.” By the time Al reaches college and is played by a tongue-in-cheek Daniel Radcliffe, the musician figures out his true calling: Parody songs.

After successfully getting his first song on the radio which seems more like an afternoon project, Al starts to ascend in fame. From here, the film takes the ridiculous route of reframing the many celebrities that Al encounters. It starts with the silliness of radio DJ Doctor Demento (Rainn Wilson) who is seen less as some comical music talent and more as a power player in the realm of niche entertainment. He displays this odd sense of fame when inviting Al to a party filled with such specific artists as Pee-Wee Herman, Tiny Tim, Divine, Grace Jones, and more. Do any of them look like actual celebrities? Not really. But Danielle Radcliffe also doesn’t look much like Al, especially when he starts ripping off his shirt to reveal his chiseled features and smoking cigarettes like a badass.

The film is sure to draw many comparisons to Walk Hard: The Dewey Cox Story for how it plays with convention. The joke, however, goes beyond just placing Al into typical music biopic tropes. Making the narrative even more absurd is how the story is warped to make it seem like Al went from parodies to original songs, suggesting that his song Eat It came before Michael Jackson’s Eat It. The romance between Al and Madonna as a power move by the celebrity is wonderfully bizarre in how it is staged. And just in case all this seemed too one-note, the film will inexplicably turn into an action movie when Al takes on a drug cartel that is so left-field you can’t help but burst out laughing.

The cast sure does seem to be having a lot of fun with this picture considering the meta nature of the humor. Weird Al himself appears as a smug record executive with his partner played by Will Forte. There’s a brilliant moment where Forte’s character goes off on a rant about terrible Weird Al is, leading to Yankovic quietly trying to tell him to dial back the insults. It was also a lot of fun watching Toby Huss trying to steer his son toward the obvious song inspirations and getting frustrated when he doesn’t pick up on them. And the ending may be one of the funniest climaxes of any comedy where I found myself uncontrollably cackling through the credits. Be sure to stay for the original Weird Al song with such lyrics as “hey, shut up, you weren’t there.”

Weird is true to its title and lays hard to the joke about this being an accurate adaptation of Al Yankovic’s life. It’s possible that when Al finally does die we’ll get some rushed biopic trying to find the heart and humor in the celeb. But until that day comes, this is easily the funniest take a celebrity has ever given their autobiography, turning a rather wonderful life into a wild cavalcade of cinema silliness.