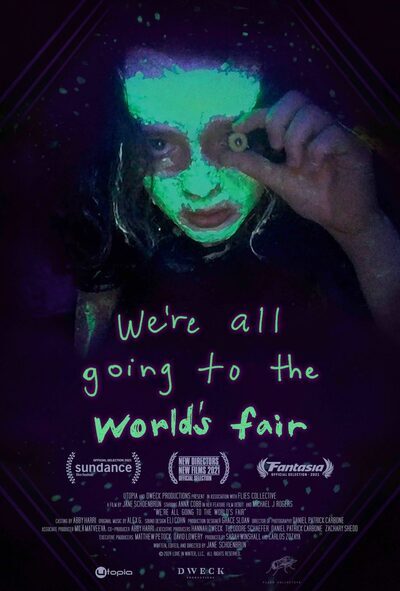 We’re All Going To The World’s Fair is an ambitious little film that taps into something great. 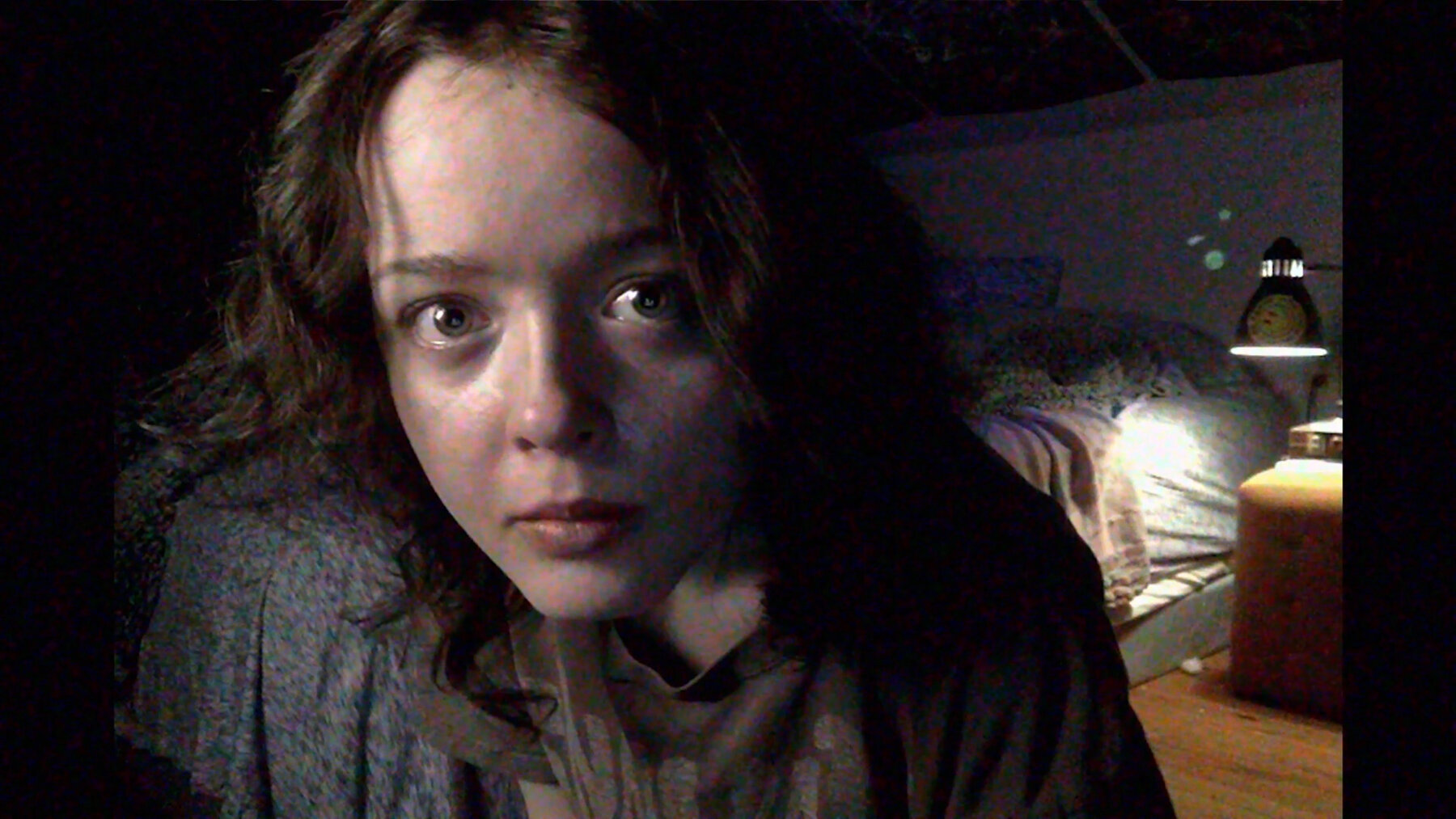 The obsession with the internet can lead to spooky places but it’s a scariness that is often hard to replicate in film. Most movies tend to favor online scares such as getting a mysterious message or not being able to close a program. We’re All Going To The World’s Fair is a fantastic low-budget effort to bring about a fever dream that comes from online myths, obsessions, viral videos, and uneasy chats on lonely nights. Few films ever come this close to replicating the sensation of losing your mind as you scour through videos at 2 am.

The film follows the teenage girl Casey (Anna Cobb), living a lonely life in suburbia with her widowed father. Life seems dreadfully dull, spending most of her time locked in her room, looking at stuff on the internet. Among her interests is the urban legend of the World’s Fair Challenge. It’s a variation of Bloody Mary where those seeking to participate will say the words “I want to go to the World’s Fair” three times before smearing blood on their laptop and watching a video of strobing lights. Horror movie logic has already conditioned us to believe this legend will turn real and those who participate in the challenge will end up dead, tortured, or something worst.

The film opens with Casey doing the challenge and then documenting her experiences after the ritual. We also get to see other videos from those going through with the challenge who also document their progression afterward, playing as though Casey left the auto-play on for YouTube. In the same way that online ARG plays around with copypasta horror, so too does this film try to spin the narrative of the World’s Fair. We get not only more challenging videos but understated moments of creepy messages and a retro video game styled to be some cursed relic of the past with dark intent.

Casey’s documentation shows her losing her mind and sleepwalking, finding herself angry and bitter about the world. Her videos attract the attention of JLB (Michael J. Rogers), an online user who has also delved into the challenge. JLB is a middle-aged man and red flags immediately start going off about what is going on here. JLB also tries to warn her of the World’s Fair's greater forces that are manipulating Casey. However, how much of this is real or just pretend is where the film really becomes an interesting picture beyond just simple frights.

The meandering nature of this type of film might make it seem unfocussed but, then again, our online journeys are often unfocused. We click around from site to site, video to video, myth to myth. We become so engrossed in the narrative that it’s easy to lose sight of what is real and what is staged. It’s like embracing the greater drive of The Blair Witch Project, where the staging seems so real that we almost want to believe it’s all real. Here is a film that showcases that allure and even addresses the dangers of taking augmented reality more seriously than it should, posing it almost like a dangerous act that requires a safe word. Part of us wants to be scared but only to a certain point and this film tests this theory beyond just crafting its own copypasta.

We’re All Going To The World’s Fair is an ambitious little film that taps into something great. It’s shot with an earnest and knowing nature about what draws us online and makes us believe in the wildest stuff. It also taps into a psychological horror that is far more terrifying than some boogeyman coming out of our laptops. This is a truly remarkable horror film unlike anything else out there.