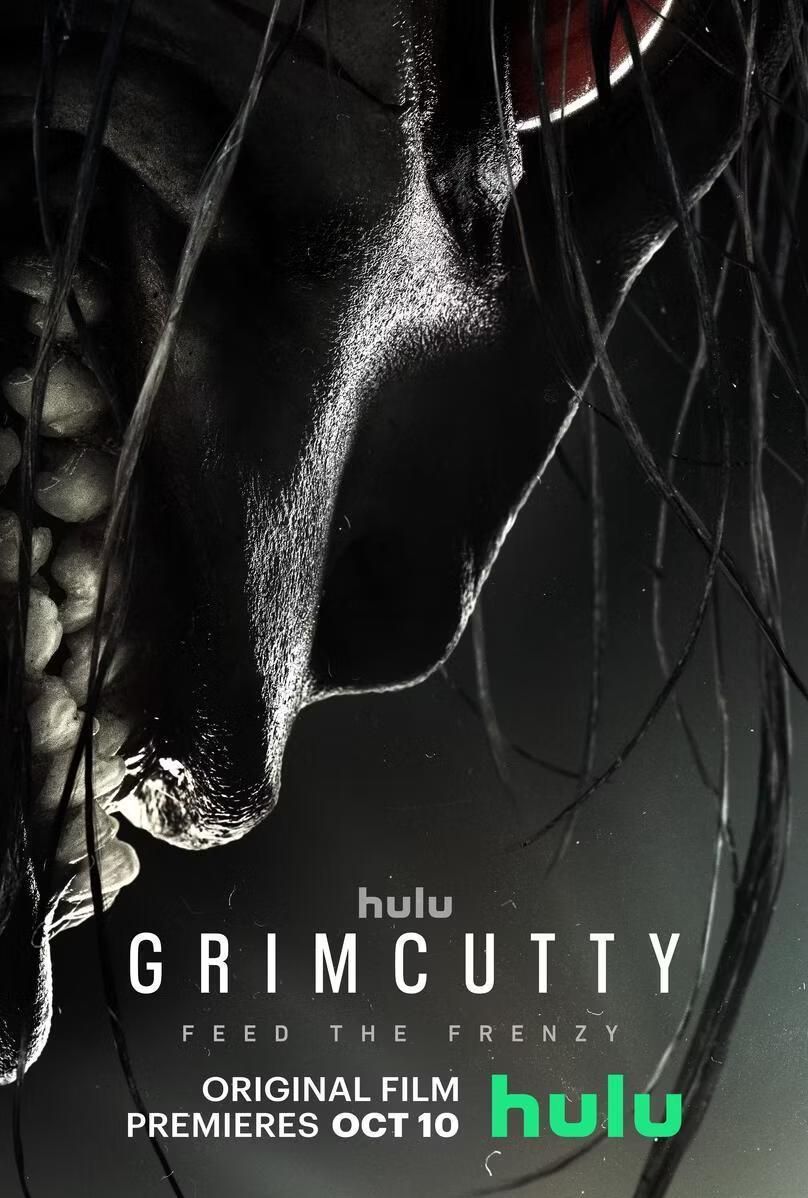 What Grimcutty lacks in a scary monster it makes up for with a mildly scary premise.

The ideas behind internet paranoia and creepy-pasta online urban legends appear like a juicy topic. After all, we’re all online and utilize it for most of our social connections and news. For some, it’s the only connection to the outside world. It’d be easy for a film like Grimcutty to take the simplistic route of transforming a creepy-pasta-style monster into a real entity of death and terror. Surprisingly, this is a film that puts more of an onus on the parents than the teenagers who dabble in online spookiness.

Within a suburban community, Asha lives with her mom, dad, and brother in a home that treats online threats with strict rules. The parents opt for family events where nobody uses any online tech. No smartphones and no laptops allowed. Bored with this route, Asha sneaks some screentime in when she can and the adults are not looking. Meanwhile, Asha’s father, Amir, starts hearing about an online trend known as Grimcutty. The creepy pasta is not all that clever. It’s your standard monster made-up that gets sent to your inbox and then the murder starts. Still, that’s enough to set off Amir’s dad-alarms and raise the alert level of online involvement within the family.

But, of course, online browsing does not stop for Amir and his wife. They’re constantly online, reading through all the news articles and blog posts they can find about this Grimcutty trend. They most likely rationalize this as their only means of attempting to understand and protect their children. This mindset will come back to bite them when Grimcutty starts becoming real for the youth of the suburb. But Grimcutty isn’t just any paranormal monster who stalks you in the shadows and tries to kill you. Rather, he feeds on the paranoia and draws out the anxiety of teenagers to drive them to suicide. It leads to moments where Asha believes she’s cutting the arm of Grimcutty when she’s really cutting her own arm.

The premise starts to lose its grip the more it attempts to divulge the nature of Grimcutty. It also contradicts much of the greater allegory that follows of kids and parents being able to better connect. I’m sure that there’s bound to be an army of perpetually-online viewers who will dislike the film on the mere basis of a creepy pasta coming to life and perhaps being inspired by the tragedies of the Slender Man craze. Still, there’s a definite angle to the film and who it sides with here. The teenagers end up being the heroes thanks to their trying to understand the trend rather than blindly following the rumors of a mommy blog that spins yarns of fear and spreads more paranoia. Anybody who has had to deal with a family member babbling about Q-Anon nonsense or falsehoods about vaccines can relate.

For a few scenes, the film briefly taps into the separation between online and real personalities. Asha aspires to be a streamer who dabbles in ASMR and tries to favor the zen-like mastery of oneness with the universe. Her presentation is challenged by the cool girl in school whom she teams up with in her investigation. Their time together leads to Asha learning more about what it means to be at peace instead of just going that path as an easy method for viewers and subscribers. There’s something interesting there that it’s a bit saddening the film only weaves this into the Grimcutty narrative in bits and pieces.

What Grimcutty lacks in a scary monster it makes up for with a mildly scary premise. The greater themes of online rumor-spreading and the disconnect between adults and adolescents is a topic worth exploring, instead of the lukewarm take on technology being bad. The online world is a pandora’s box that we have to learn to handle. It can’t just be chucked in a drawer and ignored because there is always going to be someone online spreading some falsehood and chaos within a community. It’s an aspect I honestly didn’t expect out of this little horror film with an unconvincing monster.