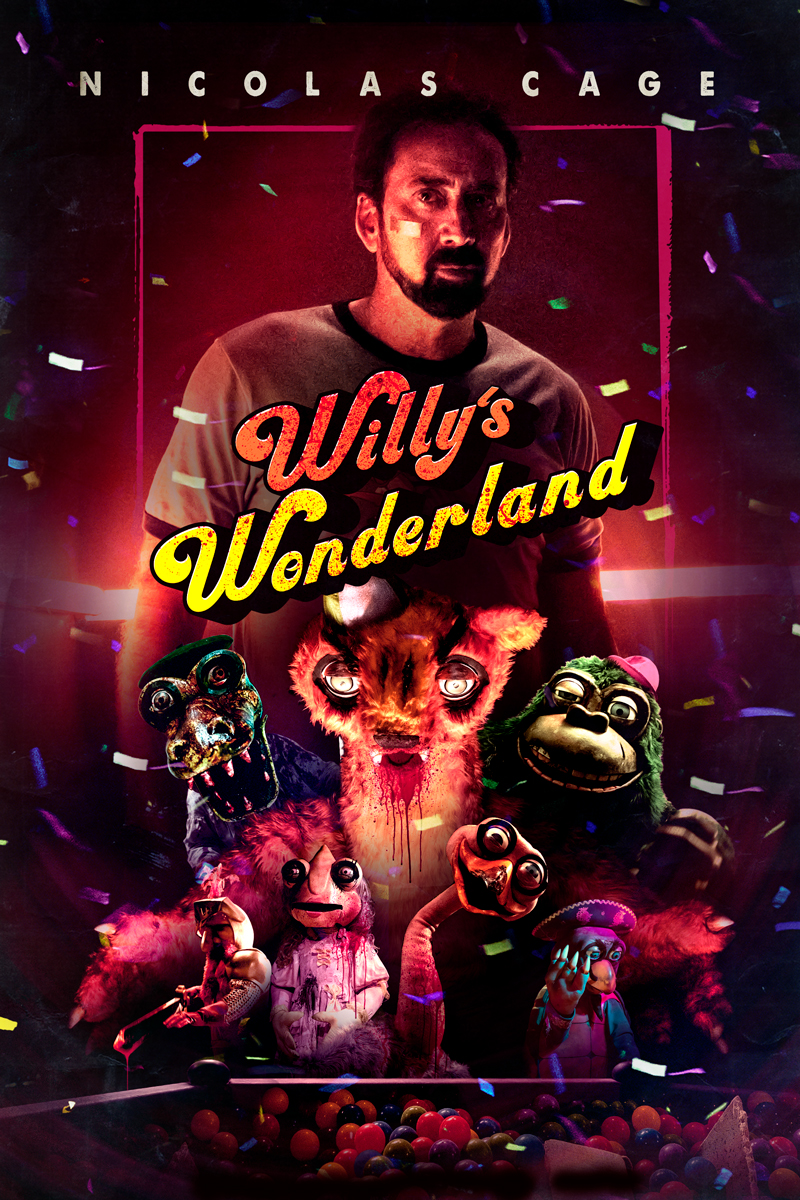 Willy’s Wonderland is a decent idea that only succeeds with the grace of Nicholas Cage. 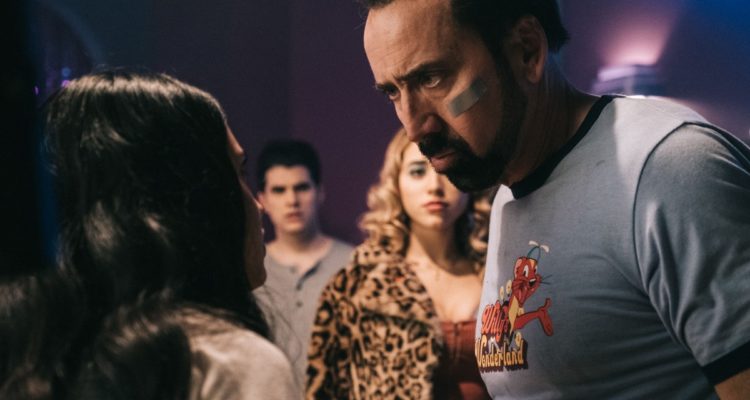 Willy’s Wonderland is sure to be recognized as the Five Nights at Freddy’s movie for sharing a premise similar to that cult video game. The game was simple; you played a security guard watching over an old pizza place and had to make sure the animatronics didn't come to life and kill you. This movie is pretty much the same thing and it’s hard to deny some inspiration considering the script was conceived in 2016, well into the craze of Five Nights being popular. Now that the craze has died down, the film can exist more on its own without the association. This point doesn’t exactly make the film great but it does free it of lazy compare and contrast essays.

Nicolas Cage is at least used incredibly effectively in this scenario as the anti-hero. He plays a nameless man with a car and sunglasses so cool he doesn’t speak a word throughout the movie, a mixed-bag approach considering the Cage is mostly known for his amped-up deliveries that are sadly stripped from this feature. His car breaks down in a small town in Nevada and he doesn’t have access to an ATM for making repairs. This mechanic has a deal for him. If he can clean up the abandoned and dilapidated Willy’s Wonderland pizza place overnight, the repairs are free. It sounds like a good deal and Cage’s character accepts in his own muted ways of maintaining his stoic demeanor.

What the mechanic and the owner of Willy’s haven’t told this stranger is that the pizza place is haunted. It was a den for Satanists and child murderers who, when found out, killed themselves and possessed the animatronic characters that sing for the kids. Now the town has a pact with the possessed robots, vowing to provide Willy’s Wonderland of creatures with blood sacrifices to appease the Satanists and murder the town. Thus, strangers like Cage become targets. The only problem this time is that they picked Nicolas Cage in his bad-ass mode.

I like the idea of Cage’s straightforward nature. He is told to clean up the place but also takes breaks. He takes this advice to heart. He cleans up the place and if the animatronics attack him, he fights back. But, most importantly, he takes breaks. He sets his timer and sticks to it, putting off work for a few minutes to have a soda and play some pinball. He treats this situation with all the quiet dedication of any job, even abandoning fights so he can go take a break. You gotta pace yourself!

Naturally, the film would be no fun if it was just Cage carving up robots without many stakes. So the film settles on having a gaggle of young adults bust into the place, unknowing of its secrets, to become fodder for the various machines. Their deaths are pretty clever, ranging from neck snaps from a frog with a long tongue to a knight who stabs with a sword. The film adheres to the Final Girl trope by having plenty of bodies present so we can see just how vicious these animatronics can be.

The animatronics themselves, however, are not as intriguing. They all pretty much have one gimmick and don’t really leap out from their stereotypes. One of the least interesting might be a turtle in a sombrero who spends most of the movie speaking in Spanish and he’s pretty pathetic in terms of how easily he can be defeated. There’s so much unexplored material with this angle. What of the spirits possessed these machines? Don’t they have personalities before they locked themselves in these cages of parts and fur? Apparently, they’ve been trapped for so long they’ve lost sight of any means of individuality. They all need to kill and that’s all they care about. That’s okay for a simple and mindless slasher but one can’t help but feel there’s more to this concept.

Willy’s Wonderland is a decent idea that only succeeds with the grace of Nicholas Cage. The kills are decent, the atmosphere is perfectly dark and scary, and there are some solid tongue-in-cheek elements. The only problem is a general concept wears thin and the kills start to lack punch as the picture goes on, despite one impressive bifurcation in the climax. It’s far from the worst Cage picture but it’s sure to only be regarded more as the Five Nights at Freddy’s movie than anything else.