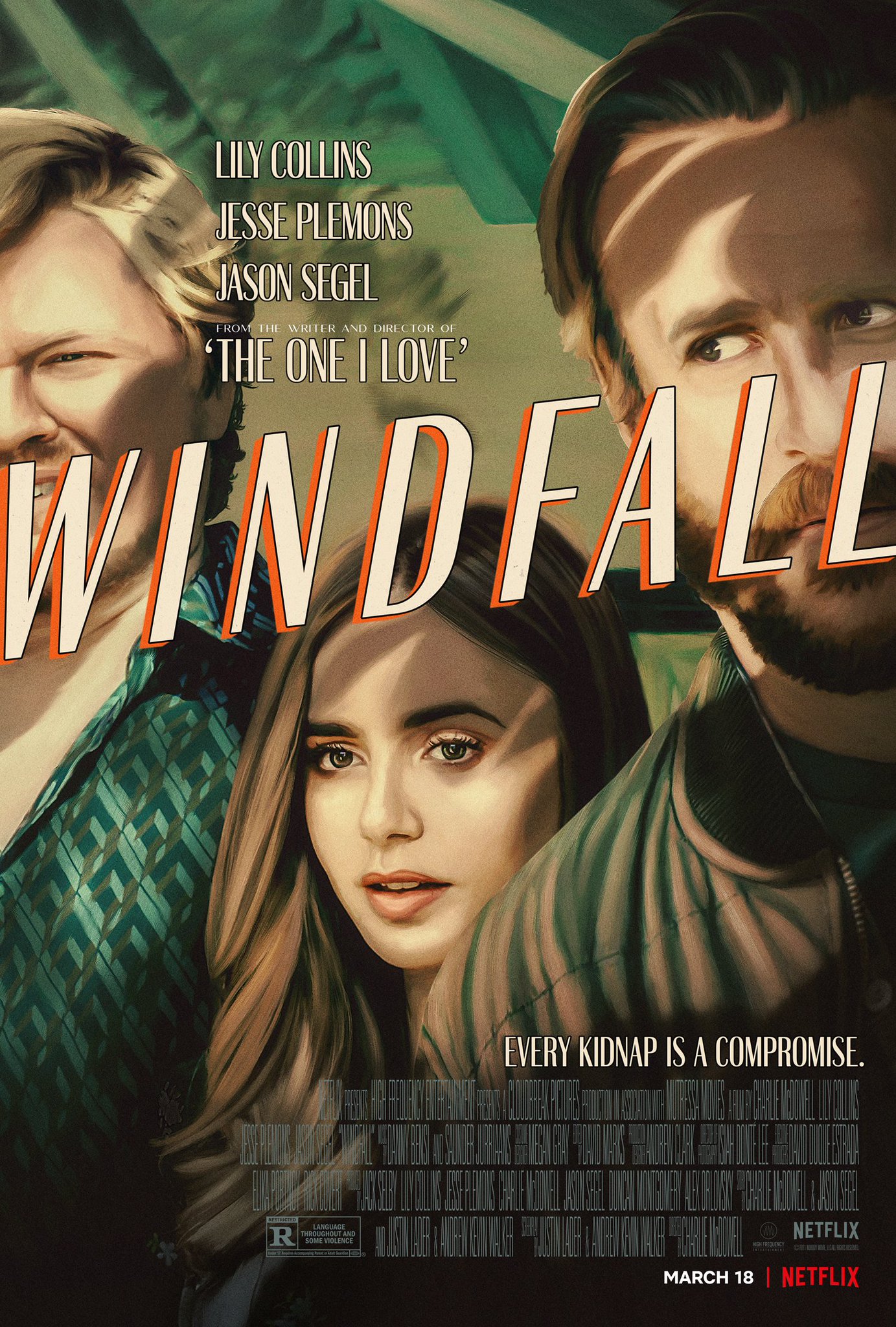 Windfall proceeds to a violent climax that feels like too little too late. 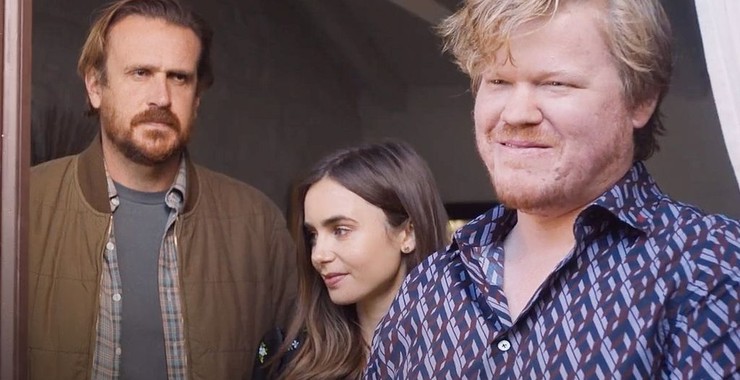 You can really feel like Windfall is on the cusp of saying something profound about the class divide. It’s so close. It comes right up to the edge of how the wealthy take little heed of desperate people and is a mere act away from serving up a palpable piece of commentary in this thriller. Yet it never takes off to become anything more than meandering drama, too quiet to be a stage play and too bottled to be a compelling movie.

Jason Segel plays a nameless man who quietly creeps into an empty country home. With nobody around, he proceeds to look for any valuables he can swipe. His sneaky crime is found out when the owners of the home return. The owners happen to be a wealthy CEO played by Jesse Plemons and his cautious wife played by Lily Collins. Segel, armed with a gun, demands a hefty amount of money. The CEO, eager to get the man paid and out of his house, commits to his demands. Well, kinda. He also tries to talk him into finding just the right amount so he won’t return.

The problem is that getting the intruder all that money is going to take some time. That time is spent with a tension that brews between the desperate poor man and the egotistical tech billionaire. Sadly, they don’t do much clashing. Most of their time is kept to being strictly business with straightforward discussions of money and the have-nots. The few attempts to learn more about the characters are constantly subverted. There’s a scene where a curious Plemons tries to ask Segel’s character why he’s doing this. Segel, desiring not to have his identity known, shuts the conversation down promptly. This type of talk happens multiple times.

This is a film with limitations that can be constantly felt, from both the enclosed space of the bottle-movie structure to the sparsely insightful dialogue on the characters. These are people who constantly try to shut you out of their lives and stay to themselves with only slivers of their personality traits coming across the screen. This would be intriguing if it weren’t for the fact that the film is rather slow-paced with its drama. With the money many hours away from being acquired, there’s a scene where they all just sit around waiting. A montage of time passing with coy music does little to make this wait seem interesting.

The one interesting character in all of this is Lily Collins as the timid wife who finds herself in a tough spot. The few times that she speaks with the intruder reveal that she was someone with addiction problems that are struggling to get a charity off the ground. The few times that the CEO tries to speak for her also reveal that her future plans have already been decided for being a mother. It is only through small acts like birth control pills that she finds ways to assert herself. We also get a touch of her past in the form of a tattoo on her foot but this ultimately leads nowhere.

Windfall proceeds to a violent climax that feels like too little too late. Mishaps and misfires ultimately brew into a script so boring and slow-paced that the class-struggle theme feels almost shoe-horned in at the very end, holding up a giant sign above the Plemons character to let you know he’s the bad guy. Even if the addition of a gardener pulled into this struggle, there’s a whole lot that doesn’t work here. Consider the final scene between Collins and Segel, where Collins tries to tell him what the tattoo on her foot really appears to be. Segel says he doesn’t care. I doubt much of the audience cares either.