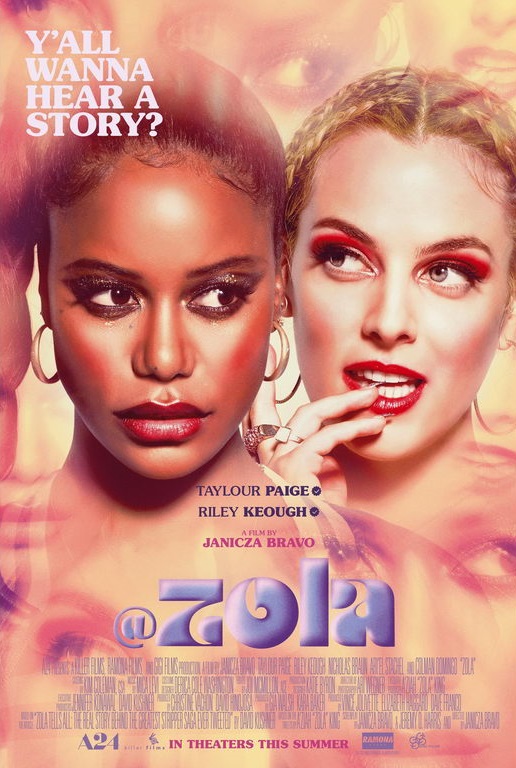 Zola is more than just one wild stripper saga. 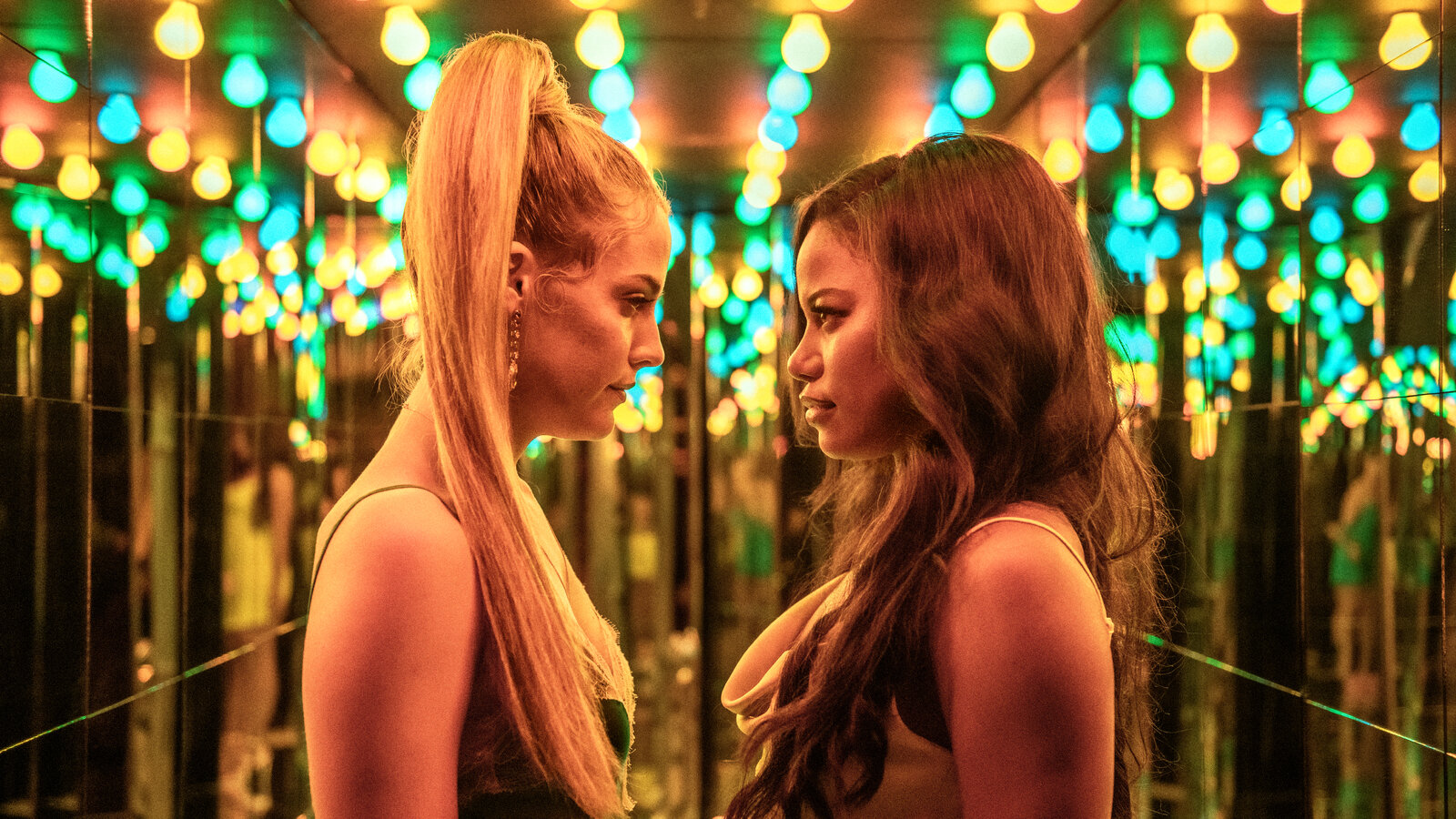 Zola may very well be the first film based entirely around a Twitter thread. More importantly, it feels like a Twitter thread, framed in a way that feels as though it’s hitting highlights and drawing out a story beat by beat, tweet by tweet. If such a concept sounds akin to a lack of grander ideas in the film, consider how appealing Twitter threads have become. The posting of “Y’all wanna hear a story” followed by the numbering of “1/?” attracts the eyeballs so often on such an app. People crave information and if they know there’s something juicy that can’t be confined to one Twitter post, they will tap and scroll. Zola is just the obvious progression of such allure.

But Zola’s story certainly does feel like one worth telling. Aziah "Zola" King is a waitress and stripper who works in Detroit. While working as a waitress one night, she meets the eccentric stripper of Stefani who invites her to dance at her club. The two hit it off well and Zola starts a social media relationship that consumes most of her life, eclipsing that of her boyfriend. Stefani then comes forward with a proposition for Zola. She has connections at a strip club in Tampa that will pay them an absurd amount of money for a mere weekend of work. Zola, having placed a lot of trust in Stafani, figures this sounds like a good idea.

The ride down to Tampa and their first night at the strip club seems to go well. The two women joke and connect throughout. But then something shady comes up. Stefani starts taking pictures of Zola and refers to her manager X as her pimp. Zola quickly deduces that Stefani is a prostitute and tries to avoid getting involved in her work, but a violent X has always forced her into this world. The rest of Zola’s trip is spent trying to be off to the side as Stefani pleasures multiple men. Yet Zola can’t help but better manage Stefani’s social media presence to make more money. And then there’s the issue of local gangsters who become dangerous opposition in this war of vice.

Director Janicza Bravo makes sure that Zola has a zip and style all its own that rarely lets a dull moment slow it down. The narration of Zola, played by Taylour Paige, provides a relatable sense of cautious navigation through a world of crime and knowing commentary on the situation. She starts things off strong by luring in the viewer and then weaving her tale. Her jabs are perfectly placed, where certain characters will make out around her, peppered with her punchline “they had sex, it was gross.”

Riley Keough also does a great job portraying the manipulative party girl who can easily push someone into her uncomfortable world. Colman Domingo has quite the presence as X, trying to command every situation despite not being able to tie up all loose ends or read the room. Nicholas Braun also deserves some credit as Stefani’s loser boyfriend who is along for the ride, hoping there’s more to life than this. He almost connects with Zola but Zola isn’t exactly in the mood to talk about his dreams of becoming a viral star, constantly talking about how he’s going to make great YouTube videos someday.

Zola is more than just one wild stripper saga. It’s a commentary on how we tell stories that sound bizarre yet dangerous, making us question just how we read such information. There’s a great aside to this story where Stefani takes the wheel and gives her Rashomon-style take in the form of a Reddit post. Who do we believe more? Zola or Stefani? More importantly, who do we want to believe more. Our natural inclination is to go with Zola since her Twitter thread attracted a Rolling Stone column on her experience. But there’s always this unsure sensation where you start questioning such a story. However you feel about her situation, Zola’s saga is one that is incredibly intoxicating.