Richard Donner, Who Directed The Goonies and Superman (1978), Dies at 91yrs old 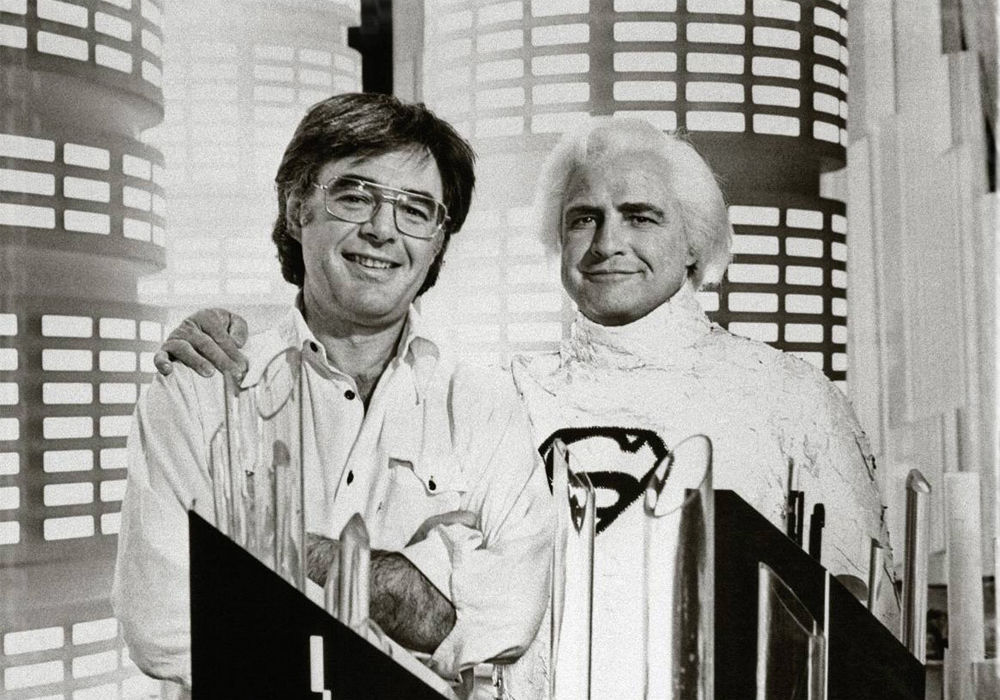 The renowned director/producer Richard Donner, who was responsible for creating iconic franchises such as The Goonies and Superman (1978), died on Monday, July 5th. Donner’s production company confirmed his death but did not disclose the cause of death.

Donner started his career in the 60s, directing TV shows and TV movies. It wasn’t until Donner directed the ominous feature film, The Omen, that he started his long career directing feature films. After the success of The Omen, Donner got the opportunity to direct the first-ever Superman movie and superhero movie in general. Richard Donner could be seen as the godfather of the cinematic superhero universes we see dominating theaters today. However, Donner left the Superman series after a producer debacle during the production of Superman II. He went on to create successful blockbusters that are relevant to this day such as Lethal Weapon and The Goonies.

Many famous figures in the film industry have spoken out in tribute to Richard Donner and the legacy he left behind.

Steven Spielberg wrote in a tweet, “Dick had such a powerful command of his movies, and was so gifted across so many genres. Being in his circle was akin to hanging out with your favorite coach, smartest professor, fiercest motivator, most endearing friend, staunchest ally, and — of course — the greatest Goonie of all.” See the full tweet below. 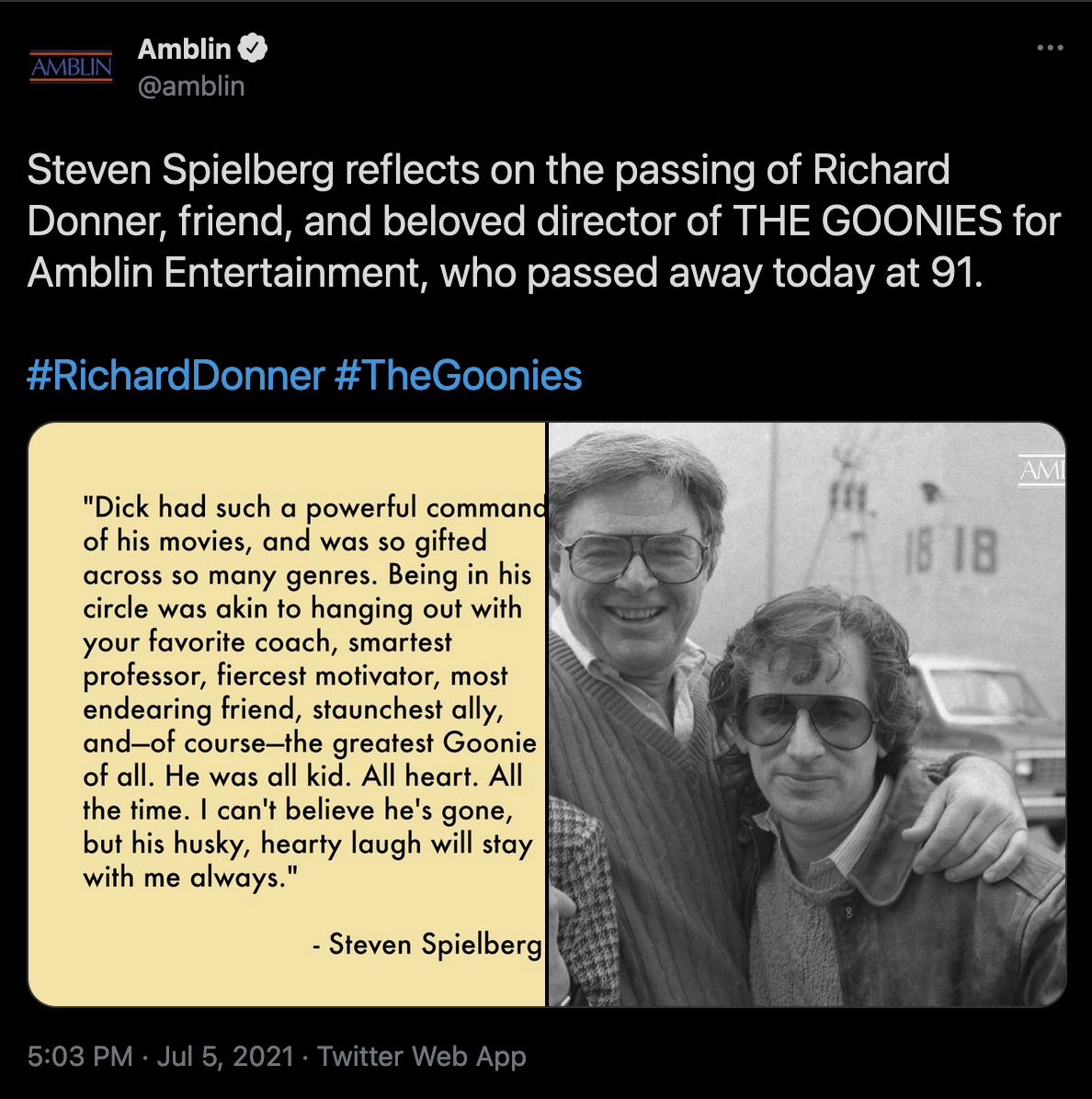 Mel Gibson also paid tribute to Richard Donner with a quote, “He was magnanimous of heart and soul, which he liberally gave to all who knew him. If we piled up all the good deeds he did, it would stretch to some uncharted place in the firmament. I will sorely miss him, with all his mischievous wit and wisdom”.