The Joker is Revealed in Newly Released ‘The Batman’ Deleted Scene 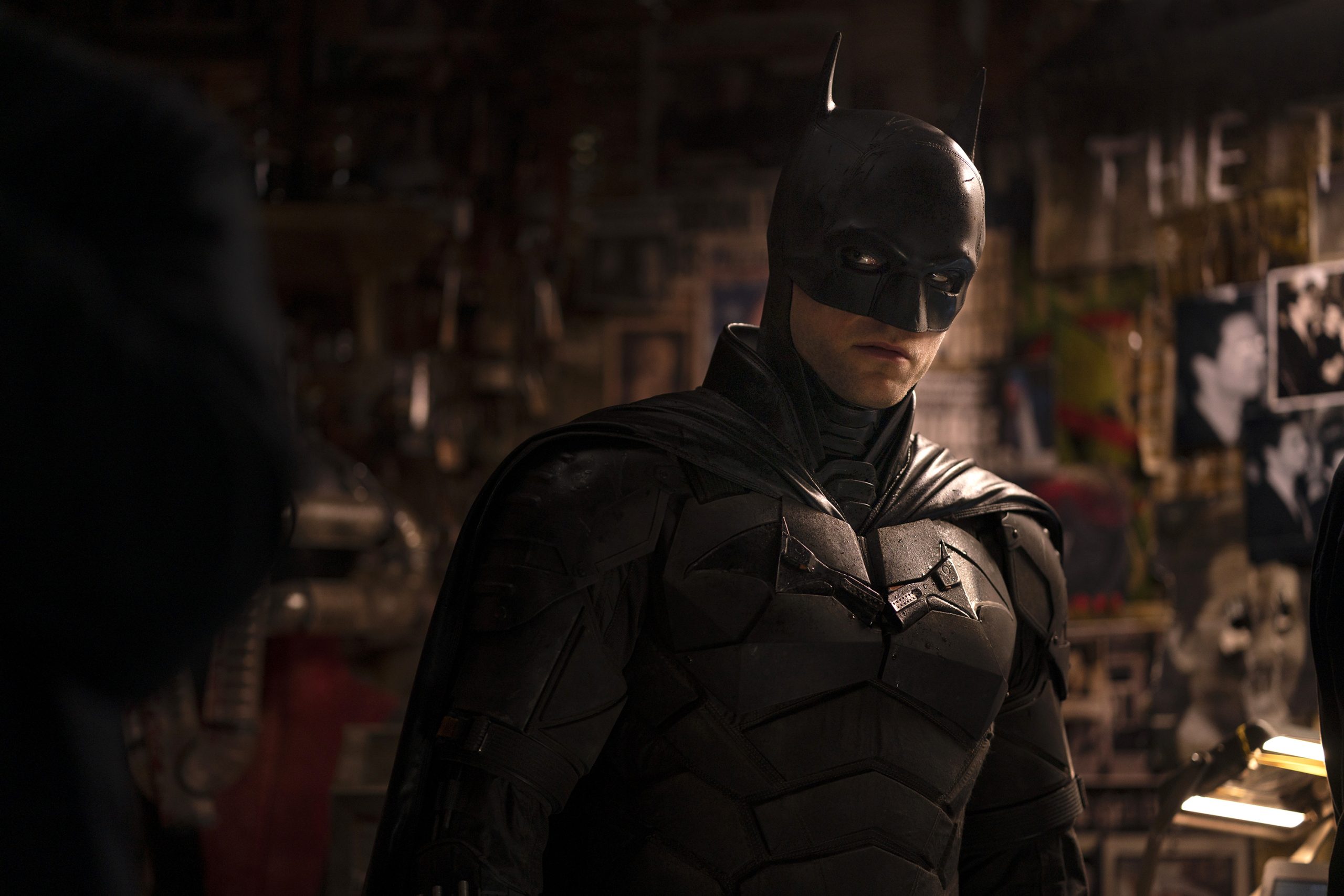 Warner Bros. has just released a deleted scene in which Batman meets with his arch nemesis The Joker in Arkham Asylum. The newly released 5-minute clip gives us insight into Batman’s relationship with Joker and teases Barry Keoghan’s performance as the Clown Prince of Crime.

The clip was released on rataalada.com as part of The Batman’s promotional alternate reality game where fans were tasked with solving three riddles in order to get access to the deleted scene.

The scene features Robert Pattinson’s Batman meeting with a locked-up Joker played by Barry Keoghan to get his perspective on the loose serial killer otherwise known as The Riddler.

The camera never gives us a clear view of The Joker, always having part of his scarred face blurred or out of frame. However, we hear his voice, his take on The Riddler, and a creepy cackle as Batman leaves the room. 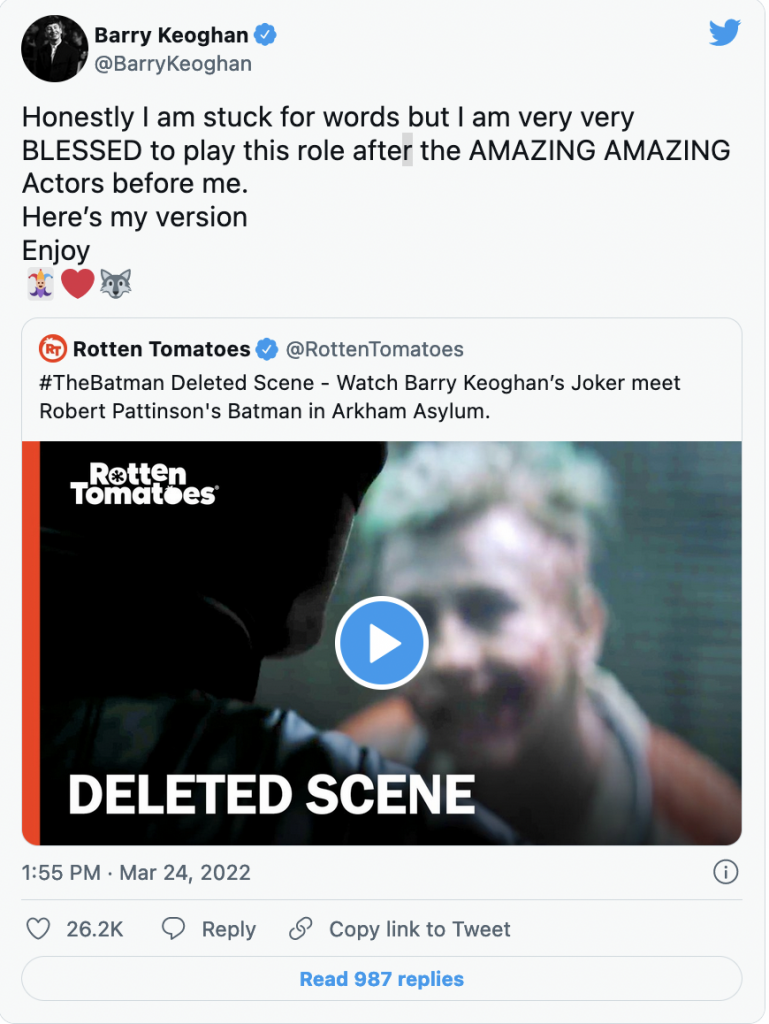 Originally, The Joker was going to have a larger role in the film and be a part of a criminal/consultant relationship with Batman similar to Clarice and Hannibal’s dynamic in Silence of the Lambs.

However, Matt Reeves ultimately decided that the scene detracted from the story he was telling and felt it was better to cut out The Joker entirely… well almost entirely.

“It was one of those scenes where, given how complex the narrative was, by taking it out, it kept the story moving in a way it needed to.” – Matt Reeves

At the end of The Batman, Riddler is throwing a temper tantrum in his Arkham Asylum cell as he watches Batman stop his plan to destroy Gotham City. Next door to him an unnamed inmate consoles him by saying, “You know what they say, one day you’re on top of the world and the next day you’re a clown.”

If that wasn’t enough of a hint, Matt Reeves confirms that this inmate’s identity is The Joker in an interview with Variety, and this new deleted scene adds context to Barry’s brief portrayal in the theatrical release.

The Batman takes place two years after Bruce Wayne has begun masquerading as the Caped Crusader and establishes that he already has a prior history with a rogues gallery. Although Joker was featured in a deleted clip and a short scene at the end of the film, Matt Reeves has no plans to bring him back for future films.

“It’s not an Easter egg scene,” Reeves says. “It’s not one of those end credits Marvel or DC scenes where it’s going, like, ‘Hey, here’s the next movie!’ In fact, I have no idea when or if we would return to that character in the movies.” – Matt Reeves