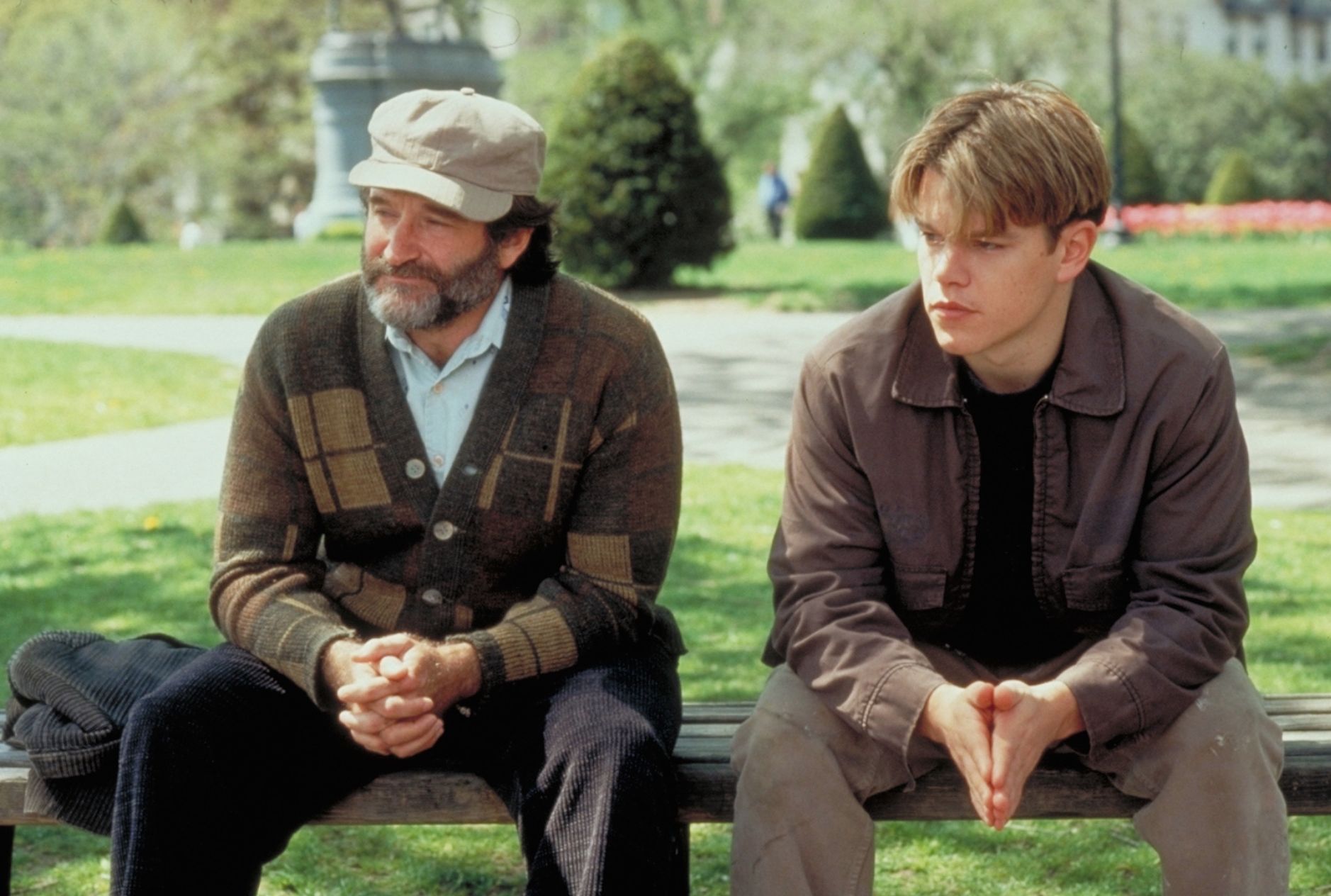 Over the last few decades, psychology research has grown considerably. As researchers learn and understand more about human behavior, mental health has become increasingly more important to people. This evolution is also reflected in the film industry with more films centering around the complexity of the human mind than ever before.  The focus on psychology has led to the creation of compelling characters that are enigmatic and completely captivating to watch. In this blog post, we go through the 13 best movies about psychology that demonstrates just how complex the human psyche can become. 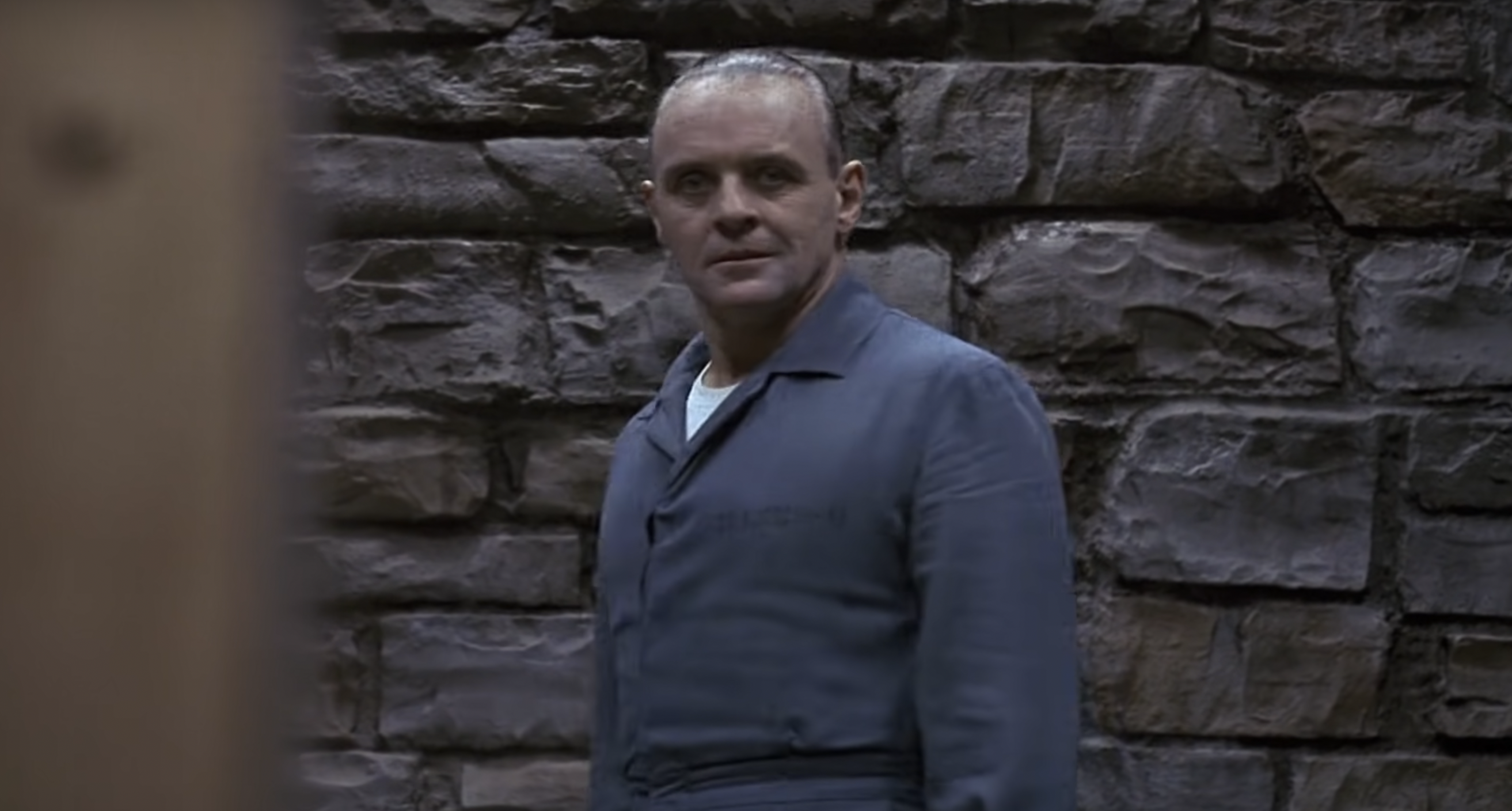 13. Silence of the Lambs

Silence of the Lambs is the ultimate cat and mouse thriller. The relationship between FBI trainee Clarice Starling and the psychiatrist turned cannibal Hannibal Lecter is one of the most influential in film history. Anthony Hopkins gives a career-defining performance as Hannibal and the scenes of him psychoanalyzing other characters make it one of the best movies about psychology. The film is about a young F.B.I. cadet who must receive the help of an incarcerated and manipulative cannibal killer to help catch another serial killer, a madman who skins his victims.

Where To Watch Silence of the Lambs 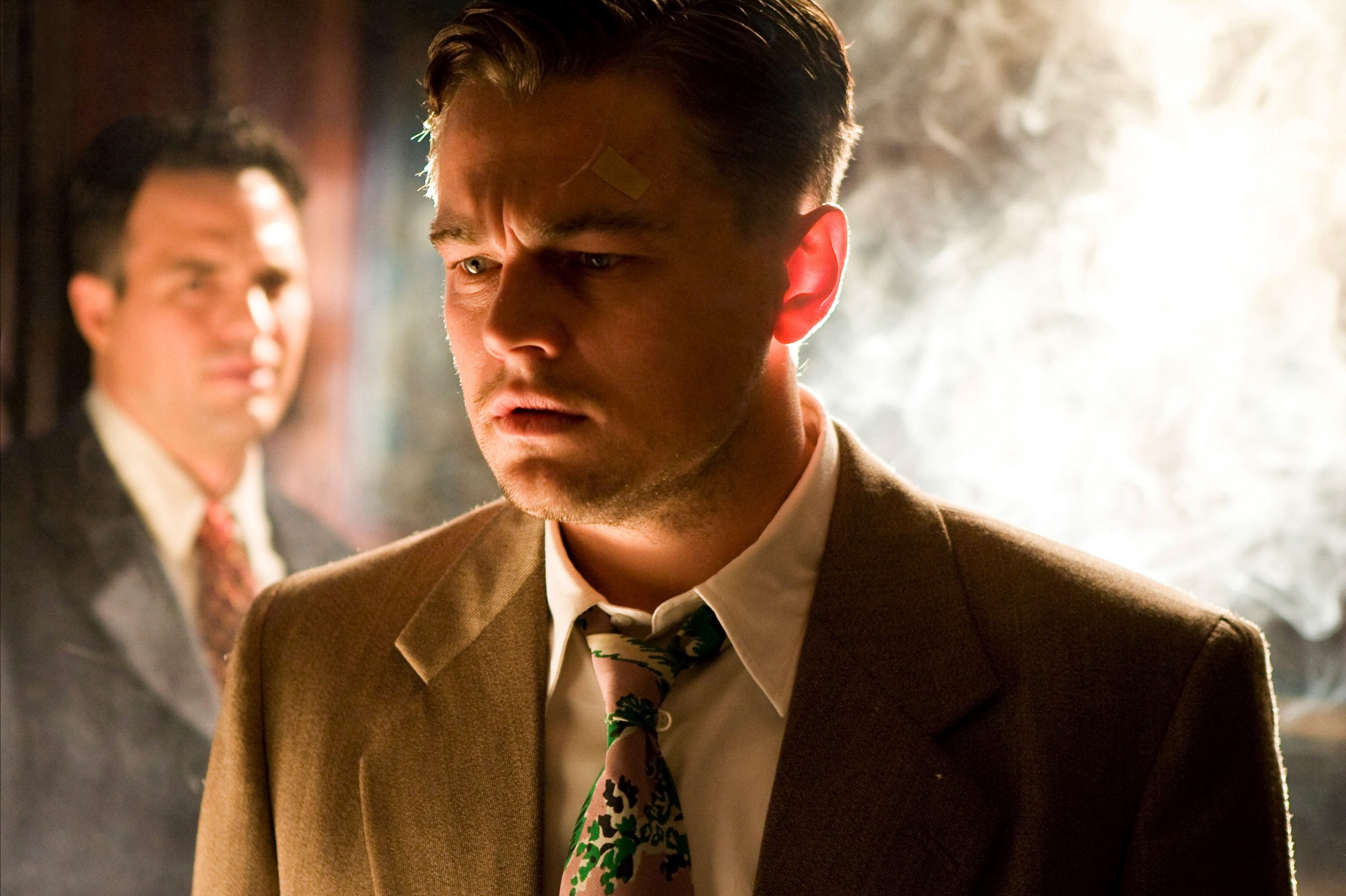 Shutter Island is a film that can only be enjoyed fully in retrospect. The events of the film may appear enigmatic and confusing at first viewing, but once the film is over, the genius behind it will become apparent. The film is about a U.S. Marshal who investigates the disappearance of a murderer that escaped from a hospital for the criminally insane in 1954. It’s appropriate that the film is set in an insane asylum because it also depicts the mind as the ultimate prison.

Where To Watch Shutter Island 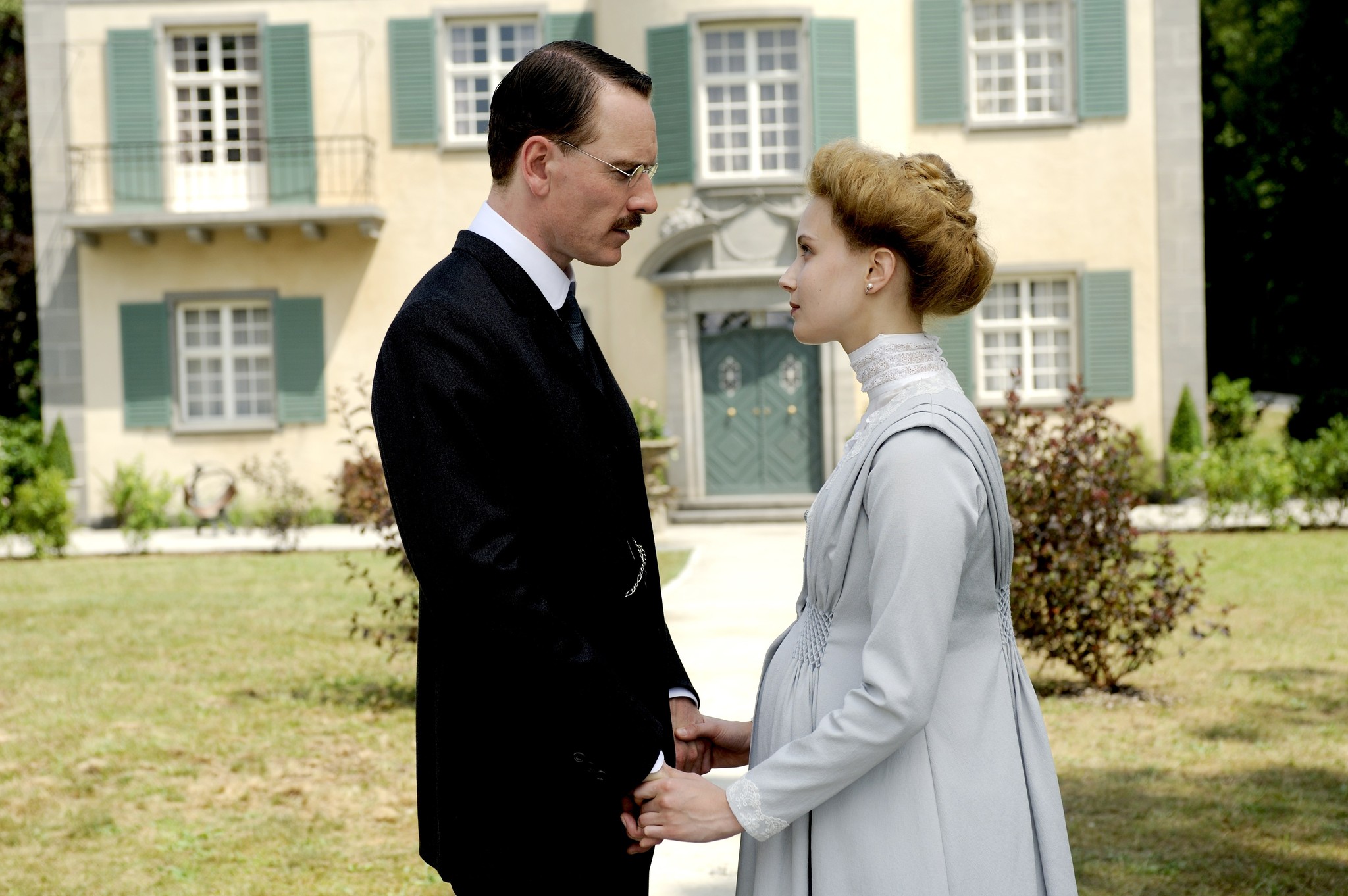 When discussing psychology, it doesn’t get any more historically significant than Carl Jung and Sigmund Freud. Both of them have coined fundamental theories and practices that are still relevant to the science today. A Dangerous Method details the complex relationship that Jung had with Freud as well as one of his new patients, a woman diagnosed with hysteria. This drama is one of the best movies to watch about psychology.

Where To Watch A Dangerous Method 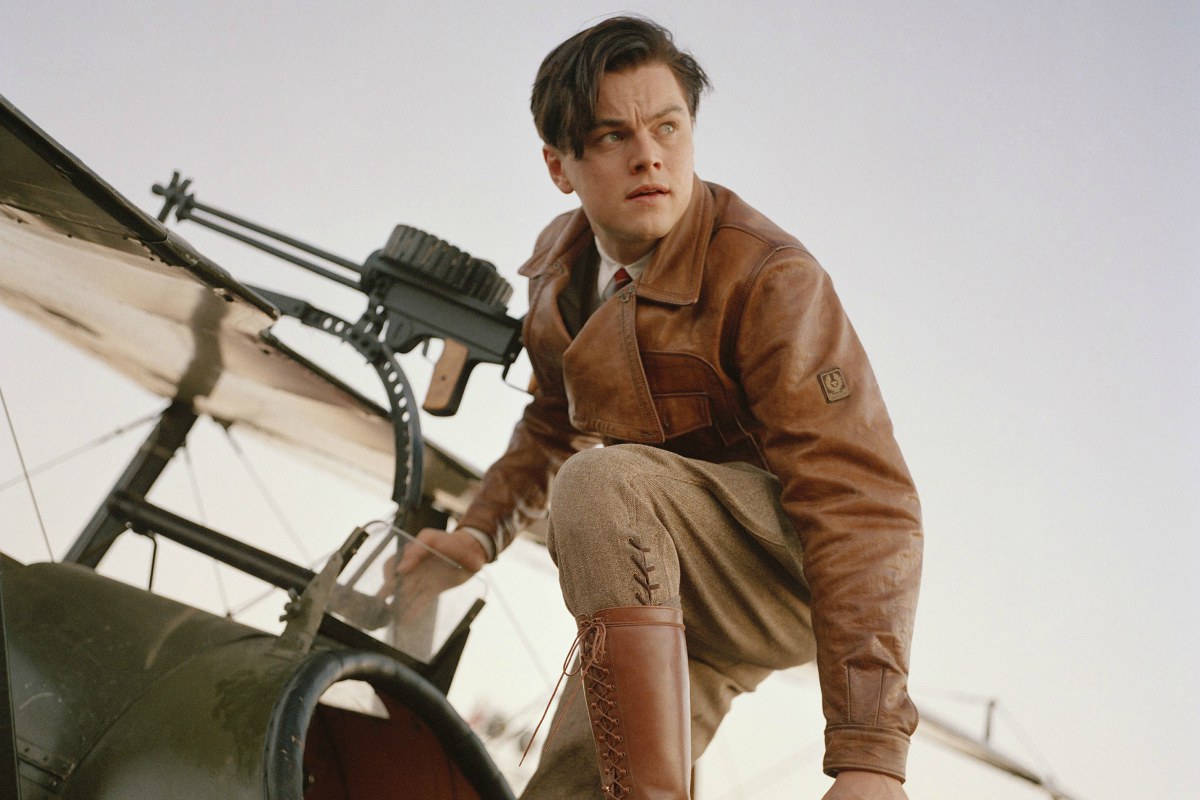 Martin Scorsese and Leonardo Dicaprio have become a regular duo in Hollywood. The Aviator was the second film they worked on together. The film is a biopic that details the life and career of Howard Hughes from the late 1920s to the mid-1940s. Instead of focusing solely on Hughes career, Scorsese decided to focus on Hughes psychological decline as a result of his OCD.

Where To Watch The Aviator 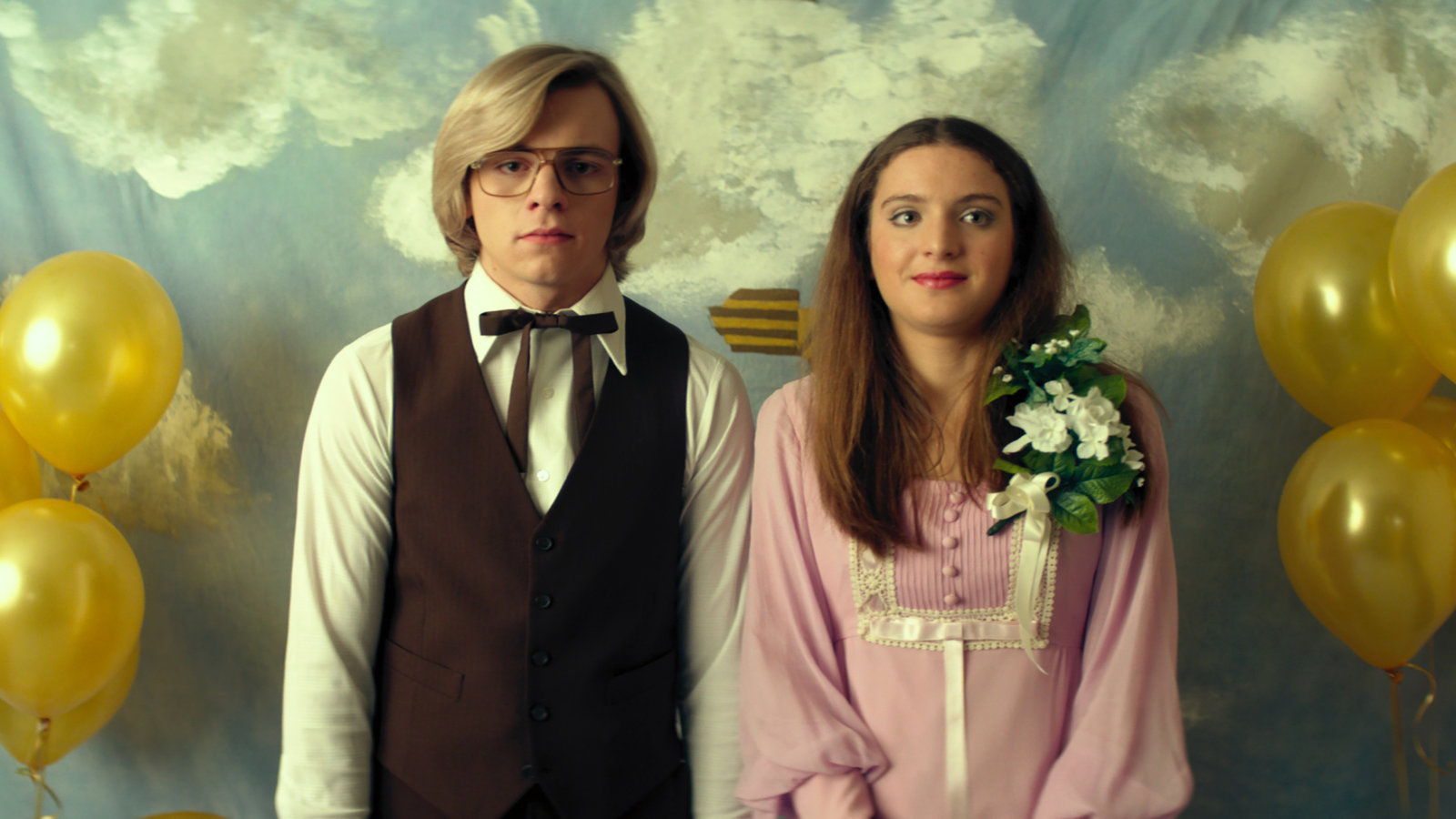 The psychology of serial killers has always fascinated psychologists and audiences alike. There is a lot that we still don’t understand about what drives someone to kill but studies have given us insights into killer behavior. My Friend Dahmer takes a look at Jeffrey Dahmer’s childhood experiences and his struggle to fit in as a teenager. The film is an intriguing study of Dahmer based on real accounts from his high school peers and family.

Where To Watch My Friend Dahmer for Free

Memento is one of the most unique films ever made. Christopher Nolan created the film backward, from the end to the beginning. Like many Nolan films, you’ll have to watch it more than once to completely understand it. Memento follows a man with short-term memory loss who attempts to track down his wife’s murderer. The film is an accurate portrayal of memory loss, especially by Hollywood standards.

Where To Watch Memento for Free 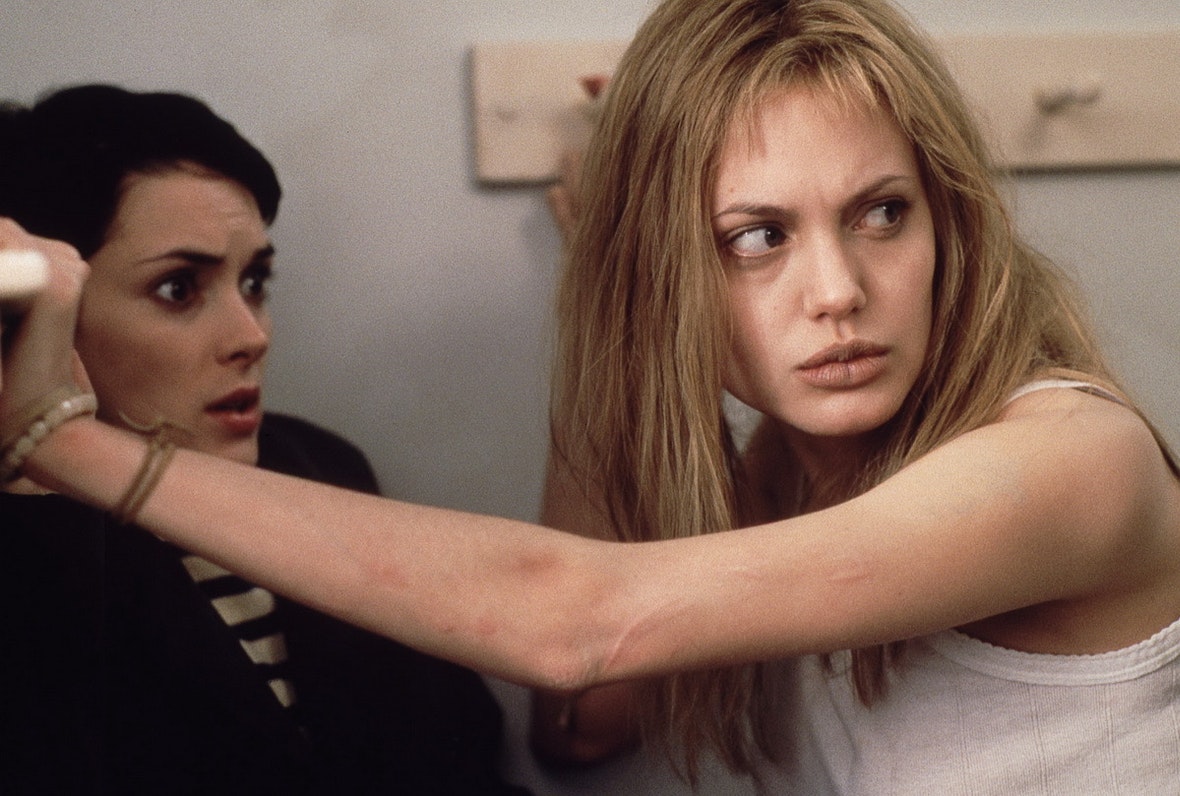 Girl, Interrupted is based on the memoirs of Susanna Kaysen, who was put in a mental institution in the mid-60s. She suffered from borderline personality disorder at a time when any behavior out of the ordinary was diagnosed as mental insanity. The film details Kaysen’s 18-month stay in a mental hospital and the patients she met in that time.

Where To Watch Girl, Interrupted 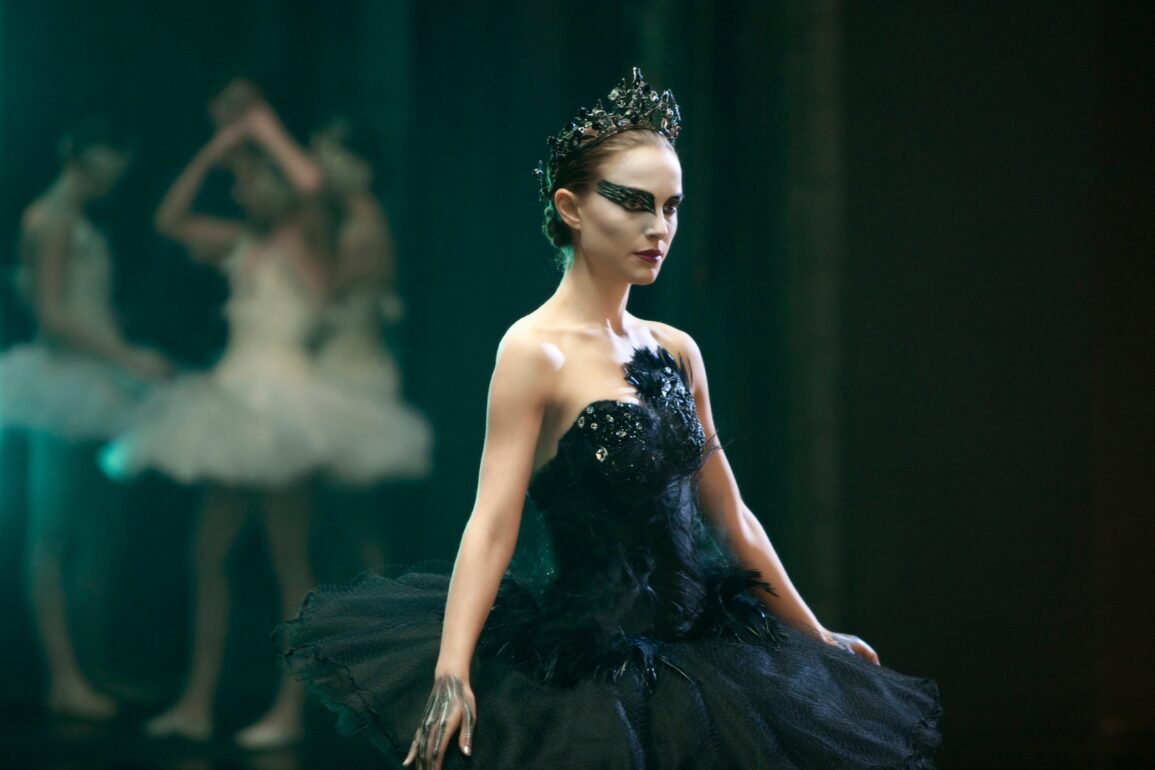 Black Swan succeeds as a character study of Nina, a ballerina with the obsessive need to be perfect. Natalie Portman gives a career-defining performance in the Black Swan and won an Oscar for the role. The film follows Nina, a committed dancer who struggles to maintain her sanity after winning the lead role in a production of Tchaikovsky’s “Swan Lake”. The psychological thriller illustrates what a descent into madness could look like.

Where To Watch Black Swan

5. One Flew Over The Cuckoos Nest

One Flew Over The Cuckoo’s Nest is a classic that gives viewers a glimpse into the abuse and mistreatment that went on in mental institutions in the 1970s. The film is about a criminal who pleads insanity and is admitted to a mental institution, where he rebels against the oppressive nurse. There is a whole range of mental disorders depicted in this film. It’s one of the best movies to watch about psychology.

Where to Watch One Flew Over The Cuckoo’s Nest 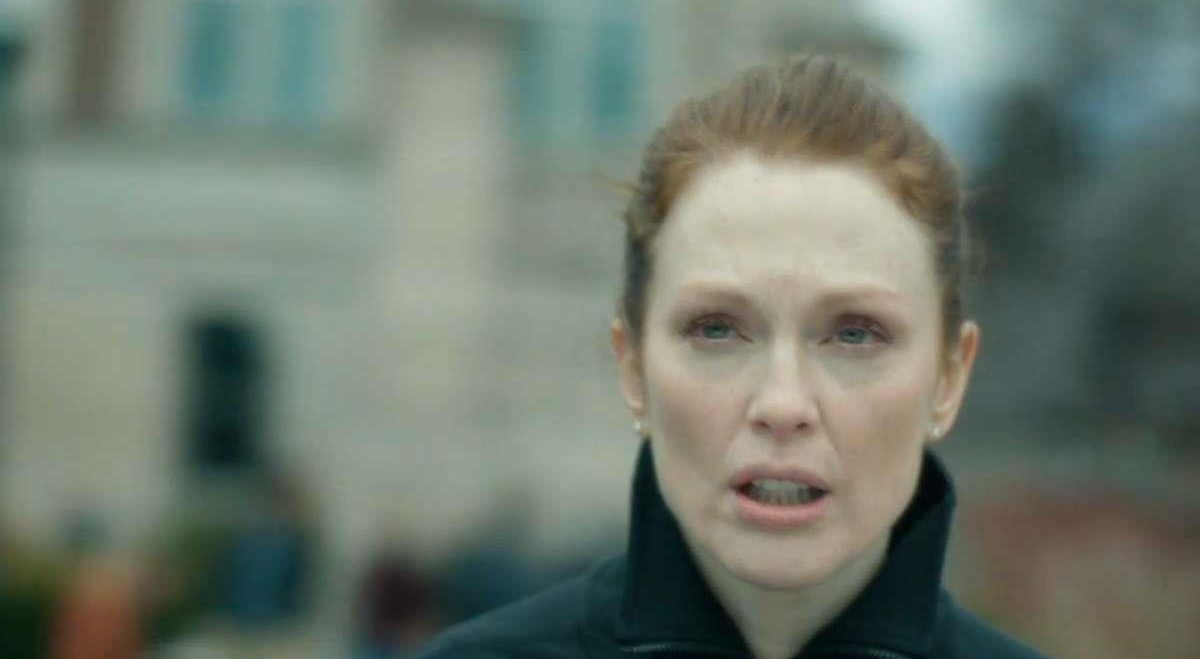 Julianne Moore gives a beautiful performance in Still Alice. The film is heartbreaking and deeply emotional. Still Alice centers around a linguistics professor and her family as they find their bonds tested when she is diagnosed with Alzheimer’s Disease. The portrayal of Alzheimer’s and its affects is sorrowful but extremely realistic.

Where to Watch Still Alice

This film makes our list simply because the film is largely about a psychologist and his patient. Robin Williams and Matt Damon star alongside each other and give well-renowned performances. The film is about Will Hunting, a janitor at M.I.T., who has a gift for mathematics but needs help from a psychologist to find direction in his life. Good Will Hunting is a classic that is a must-see for anyone interested in psychology.

Where To Watch Good Will Hunting 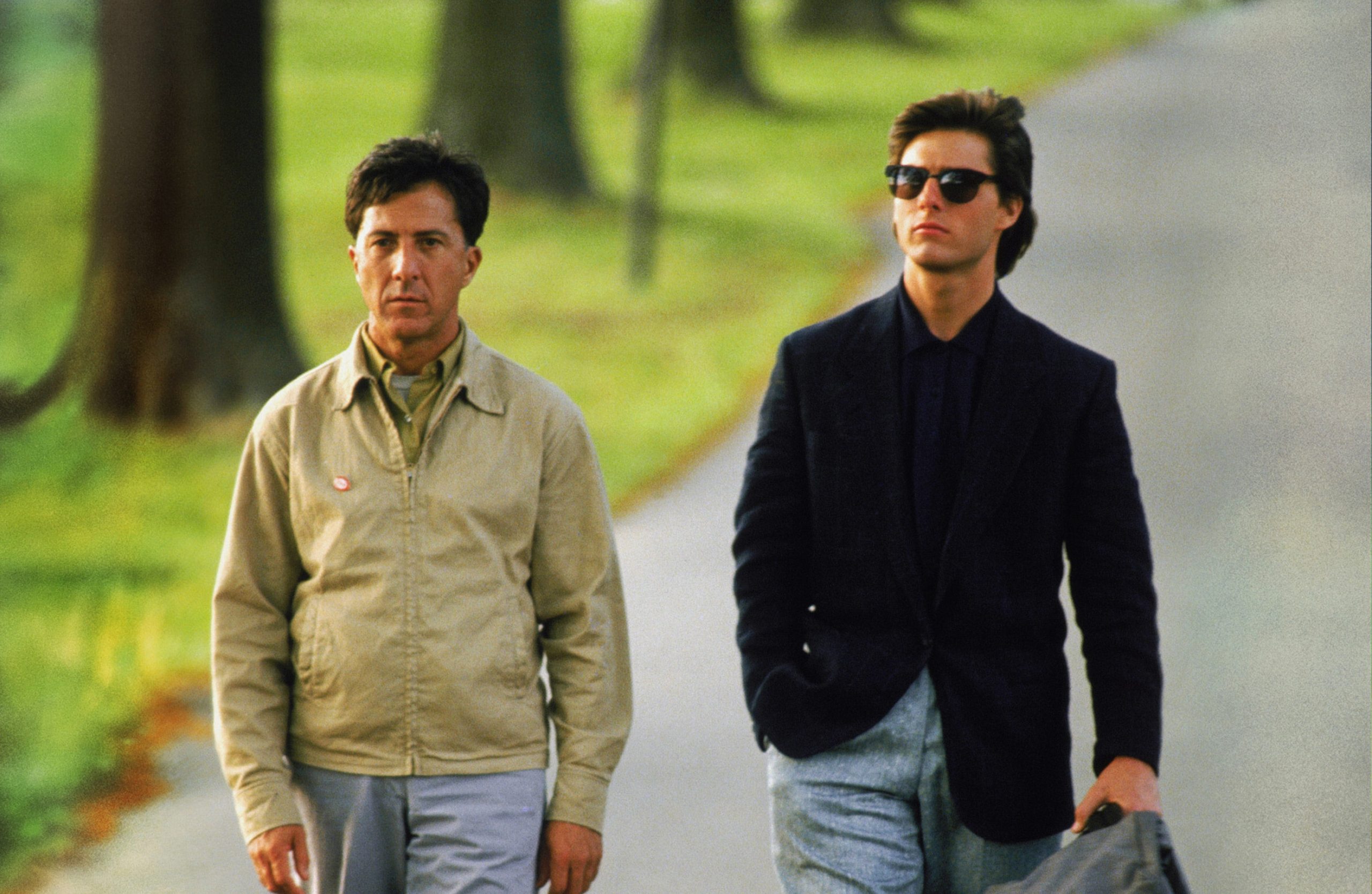 Rain Man is a drama that has become a true classic. The performance by Dustin Hoffman in this film is simply astounding and one of the best in film history. The film is about a self-centered hotshot who learns his family’s inheritance will go to his estranged autistic brother and decides to take him on a cross-country trip. Hoffman’s phenomenal representation of what it’s like to live on the autism spectrum and the heartwarming story makes this film one of the best to watch about psychology.

Where To Watch Rain Man 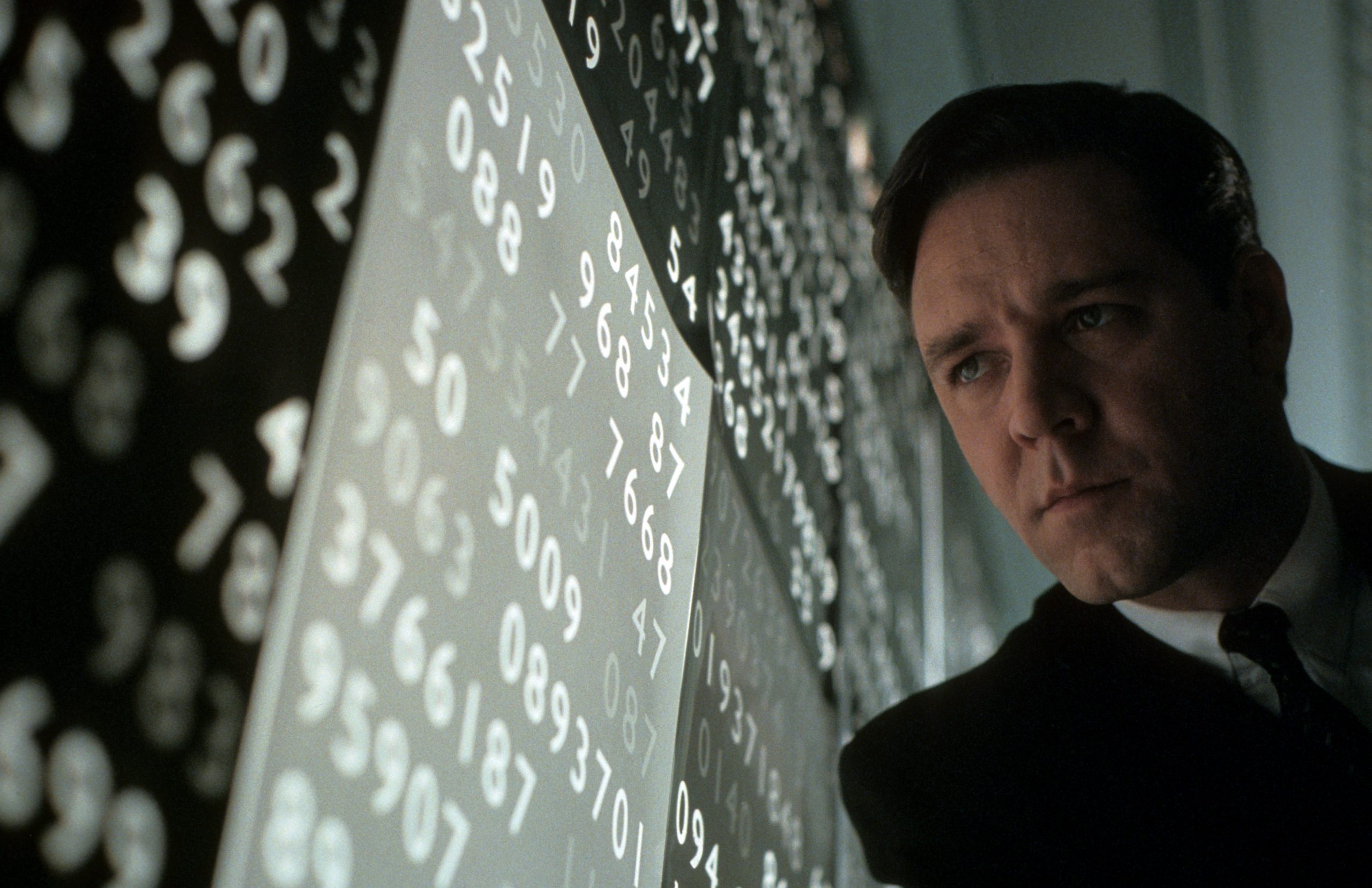 We end our list with a film about overcoming mental illness. A Beautiful Mind is based on the real-life story of John Nash, a mathematician responsible for the foundational development of game theory. The film follows Nash’s journey as he accepts secret work in cryptography and has a harrowing journey of self-discovery. A Beautiful Mind won 4 Oscars including Best Picture in 2002.

Where To Watch A Beautiful Mind

The human mind is a very complex thing. It can be difficult to understand how other people think or why they behave the way they do, but that’s the beautiful thing about movies. Movies create empathy. They help us understand people we normally never would. Our complex psyches make up who we are as people which is why movies about psychology can be so captivating to watch. Seeing mental illnesses and personality disorders depicted through characters in movies makes us reflect on our own lives and those who struggle with mental illness in real life. These 13 movies may humble you, entertain you, but surely they will make you more empathetic.